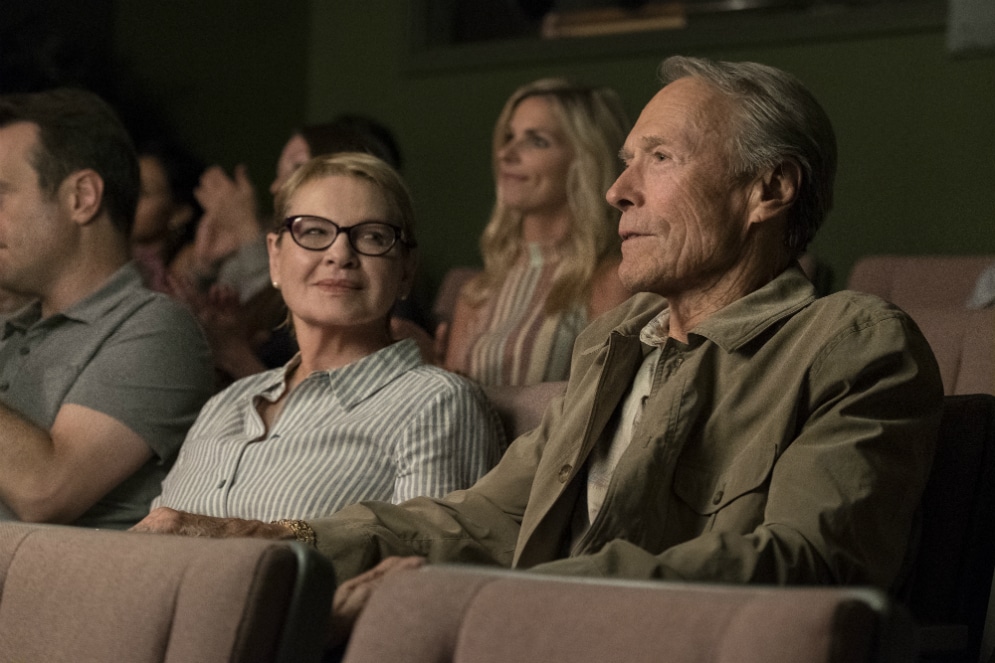 There’s an appreciable looseness to late-period Clint Eastwood films, a feeling often ascribed to laziness, overconfidence, self-assurance—or all three at once. Throughout his career, now into its seventh decade, Eastwood has remained unapologetically himself, both in front of and behind the camera. The Mule, his latest directorial effort and first starring role in six years, does nothing to change that streak; it’s also what makes the film as enjoyable as it is.

Earl Stone (Eastwood) is a charming horticulturist. He has nice flowers, but what he really craves is attention—even at the cost of his estranged family (led by Dianne Wiest as his ex-wife, and daughter Alison Eastwood). After business dries up, a chance encounter at his granddaughter’s (Taissa Farmiga) engagement party introduces Earl to a new life as a drug runner. He’s a charmer in need of money who wants back on the road—so why not? Naturally, a downside arrives as the bricks get bigger and the money stacks higher: the Mexican cartel, headed by actors Ignacio Serricchio, Clifton Collins Jr., and a jovial Andy Garcia, and the DEA, spearheaded by Bradley Cooper and Michael Peña. As with all of Eastwood’s recent films, The Mule exhibits an easy professionalism throughout its plot machinations—the score is unobtrusive, the editing clean, the mise-en-scene appropriately detailed, and the acting sound (as expected from just the names mentioned here). One could call the summation of the film’s parts perfunctory—maybe even lazy—but that misses the point.

With respect to screenwriter Nick Schenk, The Mule is Eastwood’s film. Only he could have multiple scenes grumbling about cell phones and the internet; only he could sell a scene in which he drops the word “negro” while trying to help some folks change a tire; only he could craft a 90-year-old character who partakes in not one, but two threesomes. And only he could make us pay heed to that same old guy, the one who enjoys work at the expense of everything else, as he reckons with what that says about his own life. Maybe that’s Eastwood’s overconfidence, believing people will still care, or maybe he’s self-assured enough to not give a damn anymore. He knows who he is.