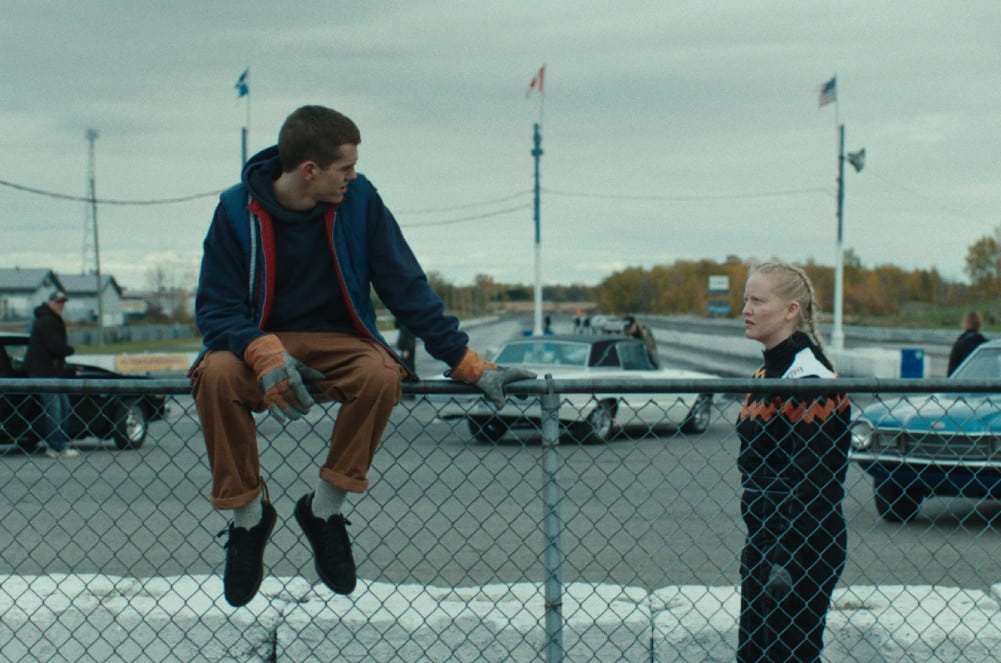 There’s a specific unease in The Noise of Engines, the debut feature from writer-director Philippe Grégoire, that is nonetheless generated from multiple sources at once. The component parts of the film suggest yet another story about a young man at odds with himself and the world. Its willfully obtuse presentation, however, hints at a far more complicated piece of machinery.

In a less than ringing endorsement of the institution, Alexandre (Robert Naylor) works for Canada Border Services as a firearms instructor—a position, it is noted, that didn’t exist a few years prior. Tensions are rising elsewhere too; after a sexual encounter with a colleague inexplicably lands her in the hospital, Alexandre is sent home on leave. I say “inexplicably” because there’s no real reason for what’s happening to this young man (with more weird pressures to come), yet everywhere Alexandre turns an organization is surveilling him, handing him officious documents, insisting he’s just… wrong. Of course, everyone else he meets—his mother (Marie-Thérèse Fortin), his manager (Alexandrine Agostini), a new romantic interest Aðalbjörg (Tanja Björk)—all seem off as well. That’s where The Noise of Engines gets its title, by the way: Alexandre’s mother owns the Napierville Dragway, which delivers the thematic space for the film’s most dynamic images and insistent soundtrack. How Grégoire spins one of these narrative elements into another ultimately becomes less important, however, than the mood he engineers through to the film’s conclusion. Stuck in this small town, we can only endure the uneasiness along with Alexandre as it seeps into us.

Which is to say, The Noise of Engines is indeed unique, if maybe not so enjoyable. It’s also more interesting at its starting line, filled with charged potential, than during its final lap when there’s nowhere else to go. Grégoire’s deadpan and well-considered approach is striking—and not unfunny—which goes a long way; his cast is on the right wavelength too. This film wears itself out anyway, but let’s see where he rolls to next.

Everything Everywhere All at Once Review