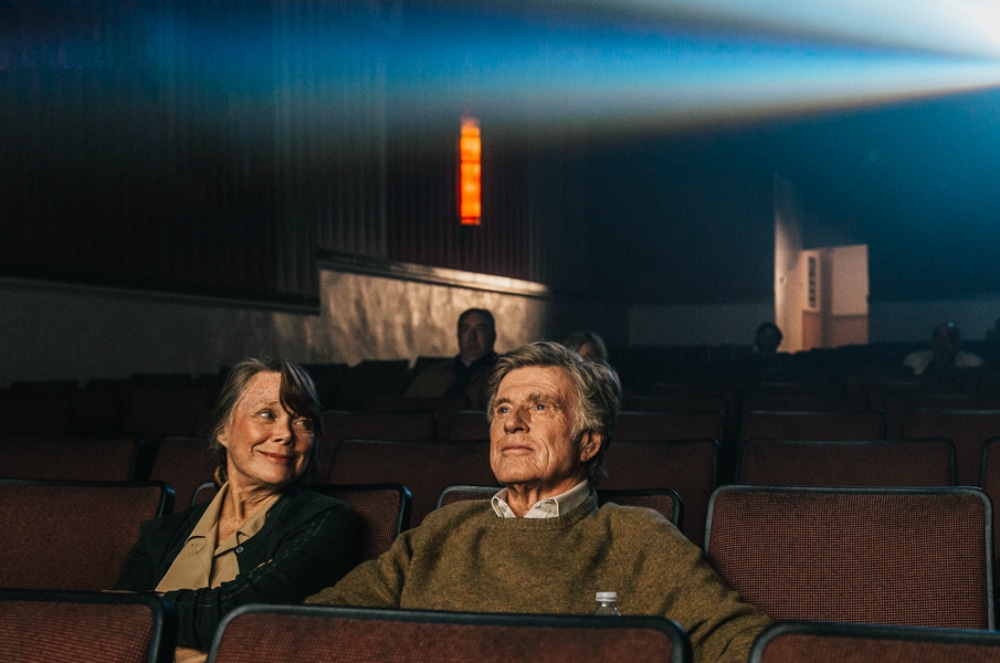 The Old Man & The Gun, from writer-director David Lowery, is set in 1981, but its soul belongs to the 70s. It’s there in the cars, the music, and, of course, in the presence of Robert Redford at the film’s centre. Billed as his last performance, Redford doesn’t so much command the screen, as charm it. The film around him plays like a simple parable, yet its use of  Redford’s movie star persona is just complicated enough to keep things interesting.

Redford stars as Forrest Tucker, a career criminal. With his crew, featuring Danny Glover and Tom Waits (who steals at least one scene), Tucker skips across America robbing banks, and acting the gentleman. That second part gets the attention of dogged and exhausted detective John Hunt (Casey Affleck, dogged and exhausted), setting up a low boil chase. Meanwhile, The Old Man & The Gun also simmers a romance between Redford and Sissy Spacek, as the widowed Jewel. As you’d expect from two legends of their era, Redford and Spacek are marvellous to watch. Lowery, too, is clearly taken with the talent on hand; while his film keeps things chaste and cute (maybe too cute), both actors are put through their paces just enough to keep the film moving in between its other intrigues.

For much of his career (both on-screen and off), Redford projected a certain aloofness. He’d do the job, but tended to keep his hands clean. That idea is laced through The Old Man & The Gun as Tucker’s quixotic quest to keep on keeping on gradually comes undone in, and by, time. Lowery’s film is about finding dignity in your work, and discovering who you are in the process. Paradoxically, it’s also about doing the right thing. The soft third act acknowledges both these ideas without quite reconciling them. Maybe it put one over me. That’s OK though—the film is awfully nice about it.