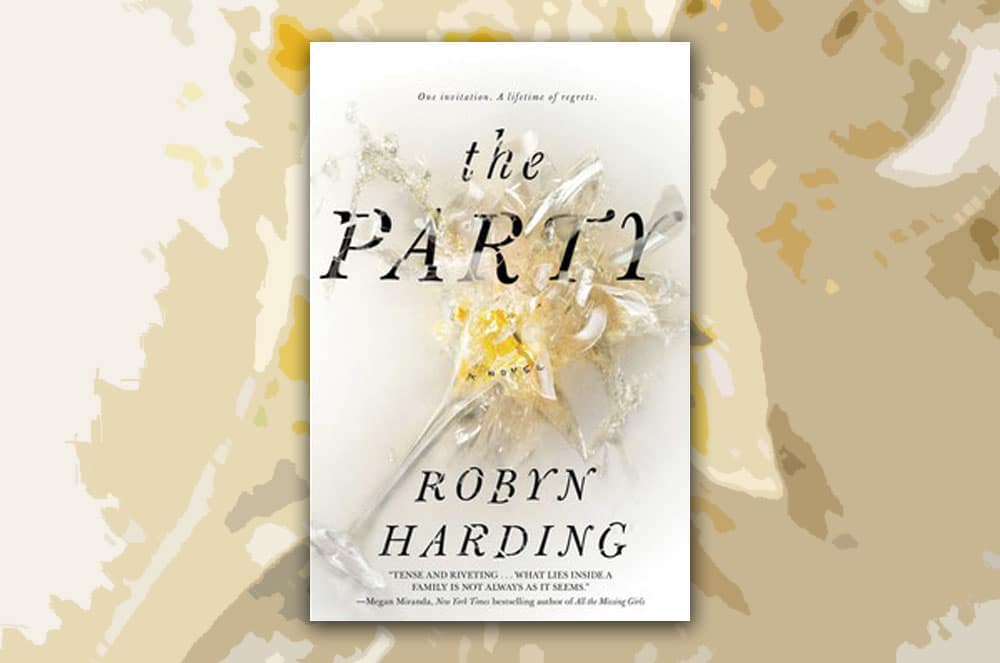 Just when you thought that Canadian fiction was light and happy, here comes Robyn Harding’s The Party to change your opinion of what a “good” Canadian book could be (honestly, The Party could not be a more misleading title). Though the event of the party in question, (a sleepover) drives the action of the book, (one of the girls smashes through a glass coffee table, though the details of how are intentionally muddy), the book deals primarily with the after effects.

Ultimately, the book takes on a “the kids aren’t alright though neither are the parents” kind of vibe, and it’s hard to decide with whom to give our sympathy, whether it’s the host of the party, Hannah, or mother Kim, who holds secrets of her own, father Jeff, in the midst of a crisis of conscience, or any number of people involved who are culpable to a degree or another, which is to say nothing of the members of the party that come and leave very quickly.

The takeaway seems to be that one generation influences the next, and that the actions of the elders quickly spreads to those of the younger. But the answers aren’t so neat and tidy, as Harding leaves complicity open to interpretation as the teenagers certainly seem capable of being hurtful on their own. Nevertheless the book is a chilling reminder of the notion that society in the state of nature is human vs. human. The book will probably make the average reader lose a bit of sleep, both in racing to finish the book and because of the idea that there are no happy endings when a family and a group of friends are torn apart by something as innocent as a party. The party’s over.

The Party was provided by Simon & Schuster Canada in exchange for an honest review. It may be purchased from your friendly independent bookseller or other fine bookstores.