The People We Hate At The Wedding Review 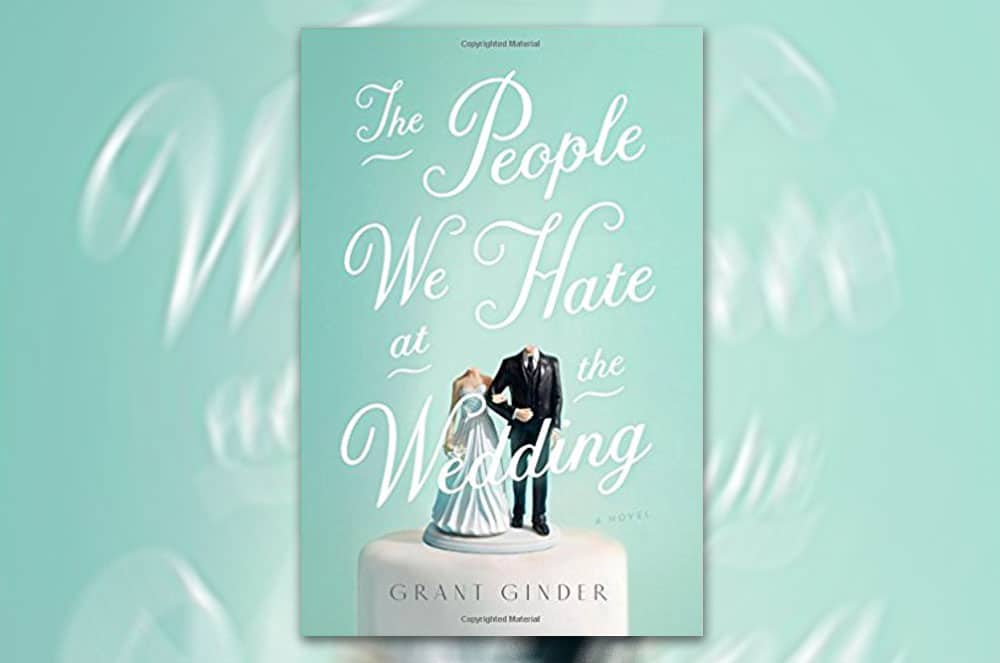 Grant Ginder’s The People We Hate at the Wedding has been described as mean-spirited and that platitude seems to fit just fine if one is the type of person that looks forward to the upcoming wedding season, (wedding season is coming) with a sense of happiness and platitudes and not regret and fear (and loathing) like the rest of the population. I don’t normally pay attention to targeted advertising campaigns for novels, but for Ginder’s book, the publisher will be playing up the theme with anti-wedding invitations and a whole “you’re invited” campaign…talk about form and content and how they are a perfect match.

Okay, almost everyone in The People We Hate at the Wedding seem pretty unlikable, at least initially, (and this is a pet peeve of mine in novels, that even though I revel in very dark themes and black humour, I don’t necessarily want to read about unlikable people). But the main characters of The People We Hate at the Wedding (and doesn’t this title roll right off the tongue, or in this case, the fingers) are meant to be unlikable, as Eloise, the “summer sister” of the novel who lives in England, is getting married, (crossing the pond to attend the wedding of a half-sister? Ugh), or Paul, who’s struggling with finding a balance in his relationship (his homosexual romantic relationship) and the one with his mother Donna, who refuses to recognize him as gay, or his actual relationship, with Mark, who seems to be a pretty great guy, and Alice, poor Alice, who is an absolute trainwreck and yet the most interesting character of them all. Essentially, the people you hate may start to become the people you do not hate (at the wedding), and there is a wealth of comic material here that suggests an uneven debut but portends hope for something great in the future, perhaps about the people we hate at a funeral.

The People We Hate At The Wedding was provided by Raincoast Books in exchange for an honest review. It may be purchased from your friendly independent bookseller or other fine bookstores.