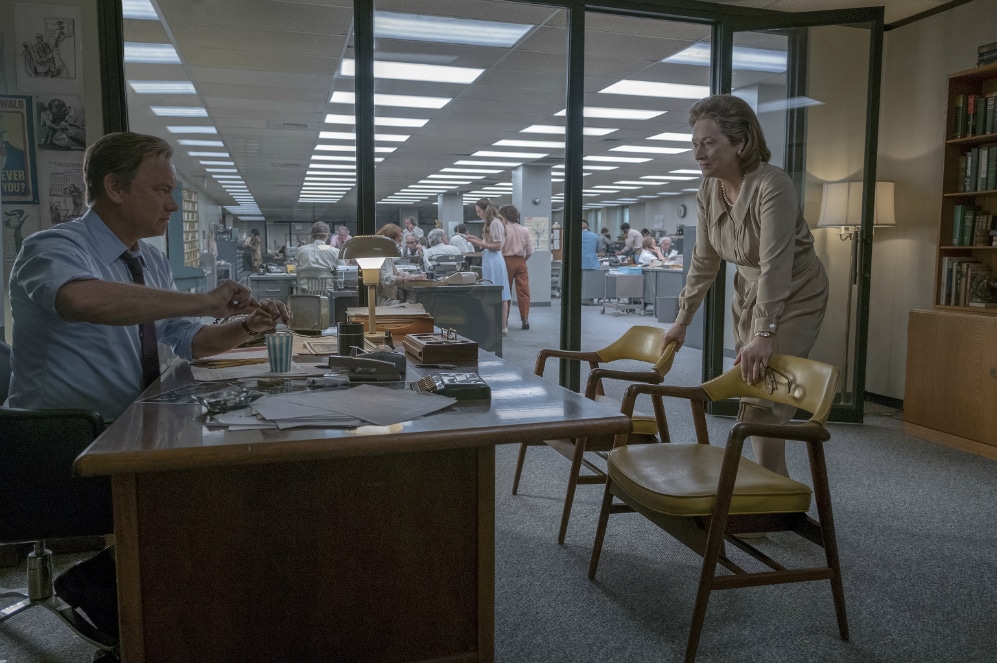 The Post has the best ensemble cast of a film for a movie released in the last year. Let’s start at the top with Meryl Streep as Katherine Graham and Tom Hanks as Ben Bradlee. The movie feels like it brings its audience in with two of the biggest stars in the world and the greatest actors of our time, but it’s actully the supporting players that come to shine in the Steven Spielberg film.

Matthew Rhys is great as Daniel Ellsberg, the mole that released the Pentagon Papers. Sarah Paulson is equally great in what could have been the thankless role of Ben Bradlee’s wife, Tony. Tracy Letts makes it Three for Three in the slight antagonist role of Fritz Bebee. Carrie Coon does what she can in limited screen time as Meg Greenfield, although the real-life husband and wife don’t get much interaction. Former comedy pairing Bob Odenkrik and David Cross make for an interesting duo as serious journalits Ben Bagdikian and Howard Simons, but Odenkirk has the meatier role, and expands on his surprise appearance in The Disaster Artist (and his starring role on Better Call Saul), in a sort of funny-serious part.

Jessie Mueller makes her first movie role a memorable one as society columnist Judith Martin (yes, better known as Miss Manners), who gets in some good lines about an attempt to report on Richard Nixon’s daughter’s wedding (but, unfortunately, doesn’t sing). Jesse Plemons plays the straight-laced lawyer of The Washington Post, Zach Woods is a different straight-laced lawyer. Bradley Whitford does some walking and talking (yes, same co-writer as The West Wing) as semi-villainous Arthur Parsons. Bruce Greenwood plays an American leader yet again as Robert McNamara. Michael Stuhlbarg is almost unrecognizable as Abe Rosenthal, Alison Brie does very little as Meryl Streep’s daughter Lally, and the movie benefits from all of their contributions and makes for a decent watch about corruption, power and cover-ups in the age of Richard Nixon (and, one speculates, about Donald Trump).

Spielberg offers some flourishes in his grand sweeping shots, and shows comfort in working with usual cinematographer Janusz Kamiński and maestro composer John Williams. Feeling at home is a welcome respite from what is at times a stilted script and inert action.