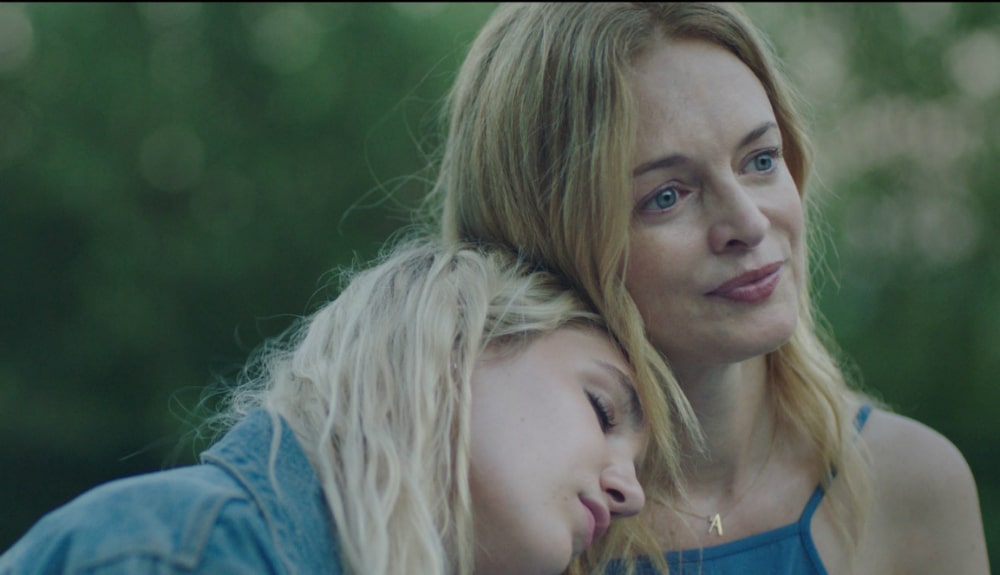 Without looking it up, it’s clear The Rest of Us is the work of a first-time screenwriter. I mean that in the best way possible. With rookie feature director Aisling Chin-Yee, Alanna Francis’ debut is filled with delicate energy, as alive with possibility as it is mechanical in its execution. Still, there are worse ways to make a start—which happens to be a running theme in the film—and, if nothing else, it must feel good to arrive on the other side of all that work.

In The Rest of Us, we’re introduced to mother Cami (Heather Graham) and her teen-aged daughter Aster (Sophie Nélisse), caught between North Bay and Toronto in a relationship fraught with secrets and lies. The former is meeting someone in a hotel room and lying about it; the latter is hiding her crush from everyone. Their antsy pairing sets up the film’s first pivot: Cami’s ex-husband, father to Aster, dies suddenly, reuniting them with a second mother and daughter, the younger Rachel (Jodi Balfour) and Talulah (Abigail Pniowsky), his new family. It’s a tense time all-around as the film expands to give equal time to all four while working through the understanding (or lack thereof) shared between them. In this, the film is also unique. It drops almost entirely the reason for their connection to focus instead on what each of these four women (or women-to-be) are now to each other. So yes, while some of the writing is a bit unnatural, it’s in service to a situation that almost feels unnatural—which only makes it all the more worthwhile to explore.

Much like the writing, Chin-Yee’s style in The Rest of Us sometimes strains, but her lighter touch works more often than not. (In particular, during one late scene involving a car kicking up dust.) She’s been gifted some strong actors too, with Graham providing an unfussy performance as a woman caught between her past and future. In all, the entire production comes to mirror the final film: these women, on- and off-screen, telling the story they want to tell, their way.