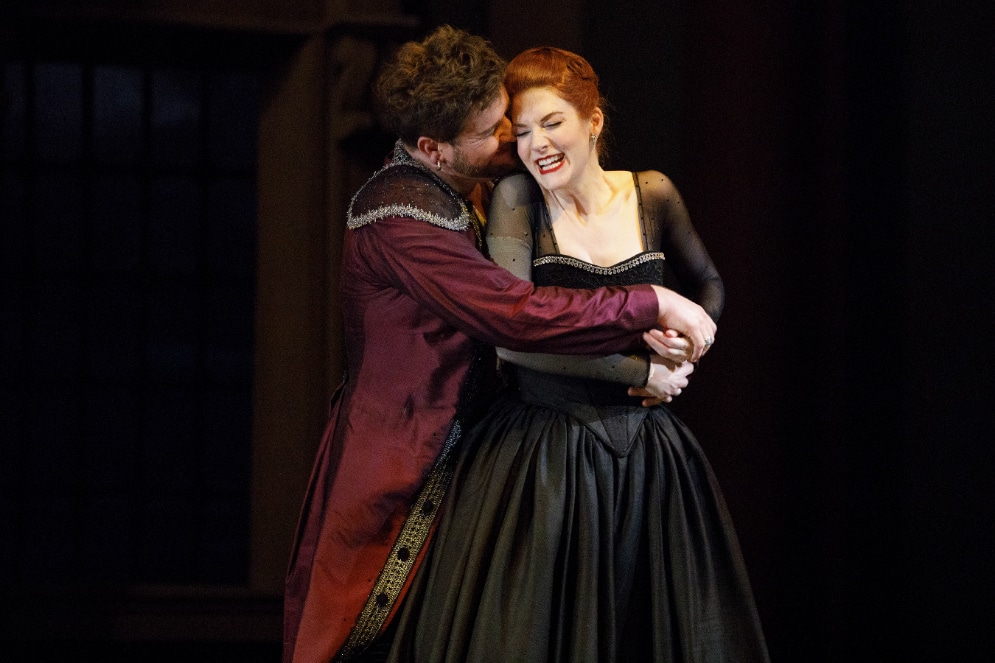 This year has truly marked the return of Ulysses. Opera Atelier is presenting the 1640 opera, The Return of Ulysses, with libretto by Giacomo Badoaro and music by Claudio Monteverdi, at the Elgin Theatre until Saturday April 28. Last year also saw the publication of the best seller, An Odyssey, the touching story of Daniel Mendelsohn and his father’s journey studying and reliving Homer’s The Odyssey. Ulysses is the Latin name for Odysseus, the Greek warrior in The Odyssey trying to make his way home to his wife Penelope in Ithaca after the Trojan War. This past year, Emily Wilson was the first woman to translate The Odyssey into English and to give the story a female perspective.

The Return of Ulysses is classified as the first modern opera as it was one of the first to shift from private entertainment for the drawing rooms of the nobility to a form open to anyone who could afford a ticket. It is the nexus of the renaissance and the baroque style of music.

It is based on books 13 to 24 of The Odyssey, when after 20 years, Ulysses finally reaches his home in Ithaca and reconnects with Penelope who is surrounded by suitors seeking her favour. Penelope, who has stayed steadfast and loyal to her husband over the years while he was gallivanting with goddesses and sorceresses, is the true hero of The Return of Ulysses. The opera also relates the competition between the gods: Poseidon, the god of the sea, here known in Latin as Neptune, and Athene, the goddess of wisdom, known here as Minerva, over the fate of the mortals. Minerva takes the side of Ulysses and Penelope and wins out in the end. In fact, both the mortal woman, Penelope, and the female god, Athene, win in the end.

In the audience on opening night was Canadian author, Margaret Atwood, who had written The Penelopiad, a novella retelling The Odyssey from Penelope’s point of view. In many ways, Monteverdi and Badoaro anticipated her 500 years earlier.

Opera Atelier focuses on the Baroque period which flourished from the early 17th until the late 18th century. The style of the period is ornate and extravagant, and this production delivers that not only through the music, but with exuberant and colourful dance, costumes, sets and staging.

The Tafelmusik Baroque Orchestra collaborates in creating the atmosphere of the time by using the instruments of the period: organ, harpsichord, lute, harp, and viola da gamba. The work is written for a large cast. The principals – tenor Kresimir Spicer as Ulysses and mezzo-soprano Mireille Lebel as Penelope – are strong and dramatic. But this is very much an ensemble piece and the Opera Atelier cast of singers and dancers contributes to its appeal. Some of the male roles were originally written for the castrato voice. Since we no longer castrate boys so that they can maintain the high registers, the roles have been transposed to accommodate the countertenor voice which still has the capacity to send a chill through the spine.

The Return of Ulysses is based on the ancient Greek epic and its Baroque style derives from the traditions of the ancient Greek theatre.  The Greeks valued the power of the spoken word, and it was their main method of communication and storytelling. It was theatre for the ear and that is why the libretto, which came before the music, is so important in this opera. One of the conventions of Greek theatre is the deus ex machina, a device used to bring actors playing gods onto the stage, used here to full effect.

Dance is another component of both Greek theatre and Baroque opera and is beautifully integrated into this production. The finale features the whole cast in elaborate and exquisite costumes in a closing dance that sums up the style of the 17th century.

Another convention of Greek theatre is catharsis, the discharge of pent-up emotions for the audience. The Return of Ulysses carries the full range of human emotions and uses a classical story to illustrate the human condition of ancient Greece, 17th century Venice, and our own time.