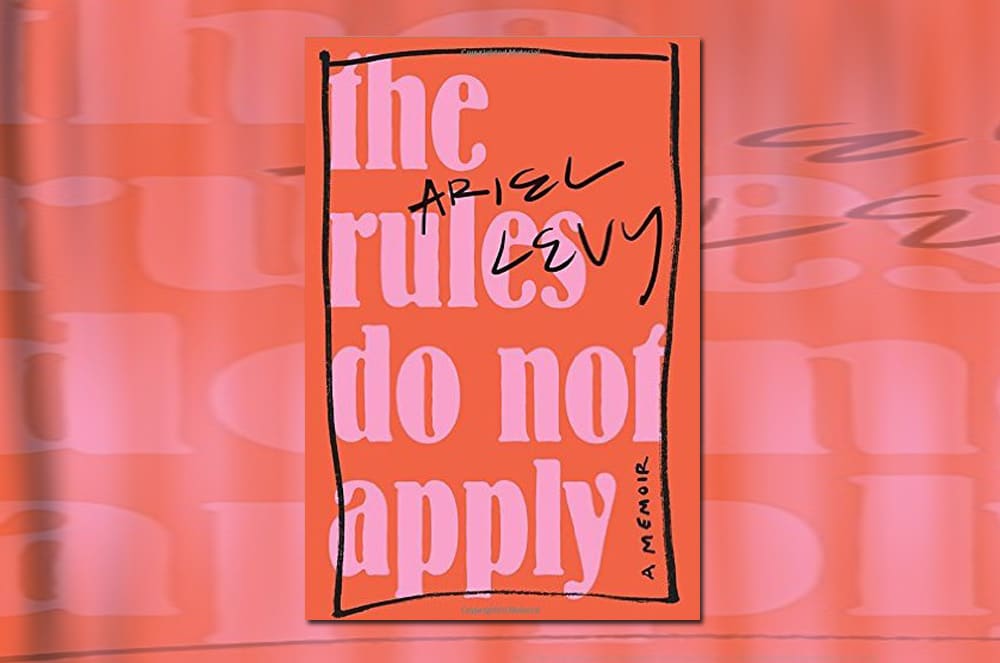 In her first memoir, The Rules Do Not Apply, acclaimed travel writer Ariel Levy takes the reader on a journey through her own life, and what a journey it is. What begins as more of an examination of what it means to be female (most likely a brief recap of her first book, Female Chauvinist Pigs) quickly delves into a brutally honest search for self-acceptance following a torrid affair and the loss of her newborn son.

She begins by recounting her childhood, where people chided her for being “too fervent, too forceful, too much”- a criticism that most women can recall from their own childhoods. She begins noting her thoughts and observances in notepads, observances that included her mother’s secret affair, both of her parents’ cancer scares, and, later, her rise as a writer through the ranks of New York magazine.

Though the earlier chapters are beautifully written (and succinctly evoke the feeling of being young and carefree in one’s twenties), it is the chapters detailing her thirties, especially her mid to late thirties, that stay with you.  In raw, painstaking detail she writes about her wife’s alcohol addiction and then of how Levy gives birth to her 19-week-old baby (who would only live a precious twenty minutes afterwards) on the bathroom floor of her hotel room in Mongolia.

Although I never found myself enraptured by the book (I put it down several times without much anticipation to pick it up again), it did prompt me to spend hours looking up Ariel Levy’s fascinating articles from New York and The New Yorker magazines and take notes on her exquisite writing.

The Rules Do Not Apply was provided by Penguin Random House in exchange for an honest review. It may be purchased from your friendly independent bookseller or other fine bookstores.