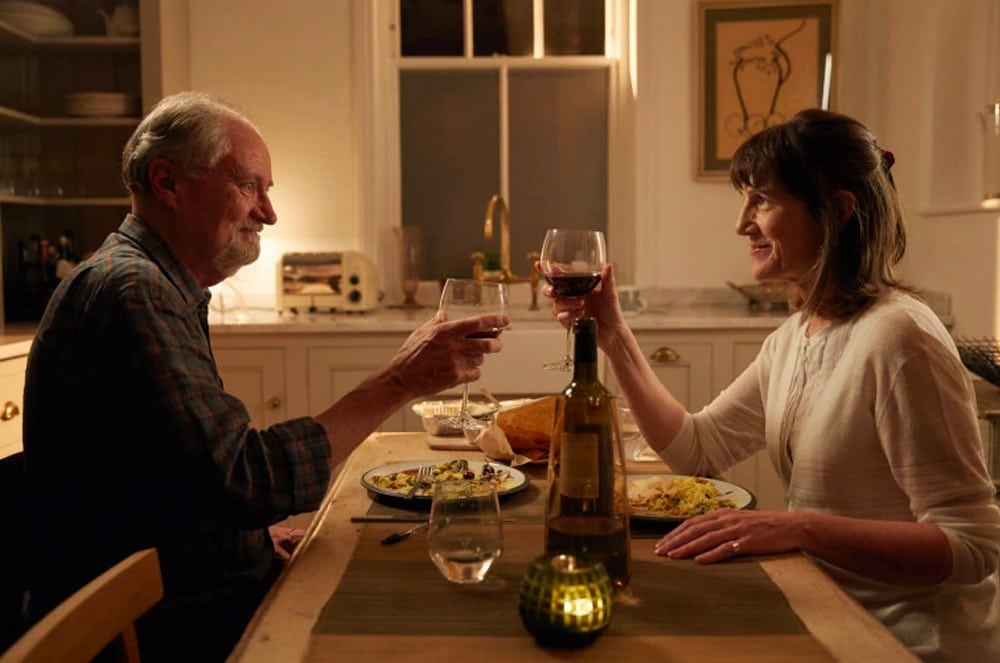 Snapping him out of the humdrum monotony of semi-retired life, a letter arrives to Tony Webster (Academy Award winner Jim Broadbent) one day, informing him of an inheritance and diary bequeathed to him by a former girlfriend’s Mother. Naturally, he immediately unloads this information on his consciously uncoupled ex-wife Margaret (Harriet Walter in a magnetic performance). From there he narrates the mysterious events surrounding his university days, events that include his ice-queen tease of an ex-girlfriend, Veronica (Sunshine on Leith‘s Freya Mavor), her Mrs. Robinson-like Mother, Sarah (Emily Mortimer), and the dear friend, Adrian (Joe Alwyn) who ensnared them all.

Adapted from Julian Barnes’ Man Brooker Prize-winning novel by the same name, The Sense of an Ending seems to lose a lot of depth in translation. The central mystery is hardly puzzling and, instead, one is left perplexed over why Barnes (and, in turn, screenwriter Nick Payne) chose to base the narrative around Webster, when the women of the film (including those played by scene-stealers Walter, Mortimer, Michelle Dockery and Charlotte Rampling) are far more compelling. The ever reliable Broadbent gives a nuanced and restrained performance as unreliable narrator Tony, but the film is never sure if it desires the audience to root for him or against.

Beautifully shot by cinematographer Christopher Ross and capably directed by Ritesh Batra (The Lunchbox), The Sense of an Ending is worth seeing for its acting showcase.