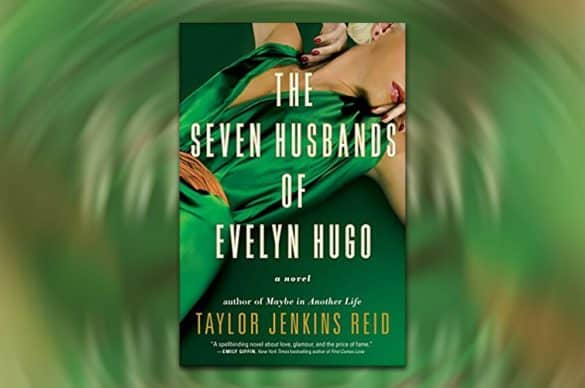 Taylor Jenkins Reid’s seemingly breezy The Seven Husbands of Evelyn Hugo takes the reader by surprise. It seems like a very standard and pat romance novel or beach read (which is nothing against either genre, as they’re both great). But what it does is elevate the genres by instead being a story about telling a story, and the story that we are reading isn’t the story that we think we are reading.

The initial hook is that of Hollywood and Old Hollywood. Evelyn Hugo (and of course that is not her real name), is a starlet in the mold of Elizabeth Taylor or (insert your favourite actress here), but one who is actually harbouring a secret. Actually, before the reader can get there, her story must be told, and Evelyn has decided that it can be told only by a young freelancer at Vivant magazine (which I would totally read), by the name of Monique Grant. What initially seems to be a switched perspective between Monique’s story (which itself is quite surprising), and the life of Evelyn Hugo (told through numberless chapters and blind gossip items), becomes intertwined in ways that cannot be shared.

The reader would need to read on, and for a fictional starlet (and her many tales), her story is quite gripping. The reason for this is because despite being set in the past, (mainly), the themes are timeless and universal. The book is all about illusions, and the greatest one of all is that the world (and Hollywood) may be still unready for an Evelyn Hugo, and for a number of reasons.  Her story is shared but it is shocking to think how bold it would be for an actual Evelyn Hugo to tell her story of her seven husbands. The truth of the book may be stranger than the fiction of actuality.

The Seven Husbands of Evelyn Hugo was provided by Simon & Schuster Canada in exchange for an honest review. It may be purchased from your friendly independent bookseller or other fine bookstores.