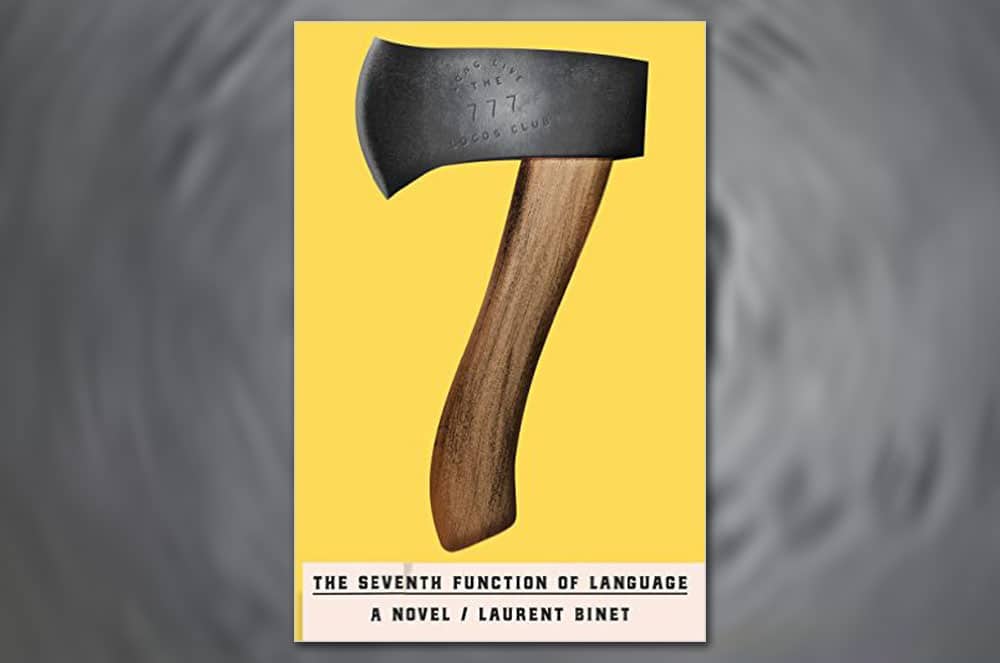 I was a huge fan of the Laurent Binet novel HHhH, (soon to be a movie with Rosamund Pike, though I have no idea how this is even possible), so I thought The Seventh Function of Language would be a breeze. What is more, the subject of postmodern philosophy is of interest to me, having studied it at school. I figured that a narrative involving Jacques Derrida (who in real life was hit by a bus but in this novel murdered as part of some sort of international conspiracy) and a take on Dan Brown novels would make for a fascinating story. Oh, how wrong I was.

Usually I prefer not to read a book if I take an L and DNF the book (there is one extremely well-regarded a few years back for which I did the same), but I am happy to do so in this case, because I closely read the first part of the novel, (I believe that there are four and not seven). In fact, I gave it a close read on a deck chair on the balcony with nobody else around, which usually means keeping a close eye on the story. I read the first part, which is 150 pages, and then picked it up again a couple of weeks later, hoping to get enough resolve to finish the task at hand, as I am a completist. Nope. Wasn’t happening.

Let me just say that the book made me appreciate his previous work even more, as an attempt to make a novel out of real-life events, (and, more so, a work about an assassination of a high-ranking Nazi figure) led the author to muse on the page about how to capture history convincingly, especially on a sensitive subject and one in which he wasn’t there. The short chapterettes worked perfectly, and yet here they are more confusing than elucidating. In fact, the book as a whole seems to be either a palette cleanser or an antithesis for Binet. Is he trying to write a giant metaphor making fun of the French for being enlightened while the rest of the world is not? Or is this an attempt to make history as a novel that takes real life intellectuals and place them into commonly unintellectual settings? Either way, I don’t want to be educated.

The Seventh Function of Language was provided by Raincoast Books in exchange for an honest review. It may be purchased from your friendly independent bookseller or other fine bookstores.

The Grip of It Review