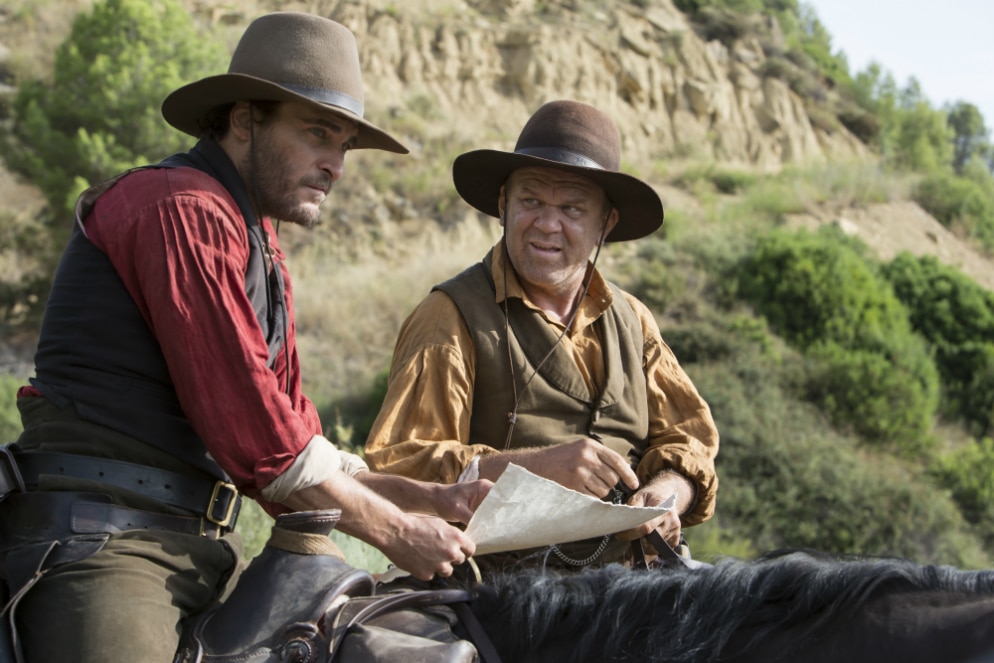 The western has been pronounced dead so often over the past few decades it’s no wonder the films themselves always seem to contain funerals. It’s genre tradition now, one to which we’ve already become inured. And yet, with The Sisters Brothers, here we are again. The new film from director Jacques Audiard has a couple of funerals (sort of), and it functions on the whole as an ending of sorts. So surely from all that cinematic death, some life? Well, hold your horses.

The titular brothers, Charlie and Eli (Joaquin Phoenix and John C. Reilly), are mercenaries at work for the all-powerful Commodore. As per reputation, they’re both excellent at their job, despite obvious foibles; Eli is a gentle soul, Charlie a crass and violent drunk. Their latest mission involves tracking down a man named Hermann Kermit Warm (curiously played by Riz Ahmed), through the advance aid of John Morris (sleepily played by Jake Gyllenhaal). These latter men’s quest involves gold alchemy with a pinch of broader existential concerns. We’ve seen enough westerns to know what happens when they all clash. Remaining unclear is what drew Audiard to this material (adapted from the tragi-comic novel by Patrick DeWitt) in the first place. The French director has an affinity for slow-burn action, as his Palme D’Or-winning Dheepan can attest, but comedy? Not so much. Audiard never goes less than full bore though (he’s got a reputation too), so the violence in The Sisters Brothers is fast and stark. Efforts are also made in recreating the dark naturalism of the period. And as expected from such a quartet of actors, there’s almost always something to watch. Reilly, in particular, as the killer who desires to be anything but, shines brightest.

So then, why does The Sisters Brothers not come to life as it should? There is ample movie star talent here, and Audiard, while perhaps not the first choice for an American western, has proven directorial chops. The source novel provides an answer: it’s droll and elegiac in equal measure, while the film has almost nothing droll and far too much elegy. Like his characters, Audiard strikes gold, then can’t figure out how to bring it home. He makes it out alive, and there are some shards of brilliance left—just not enough to be worth a whole lot.