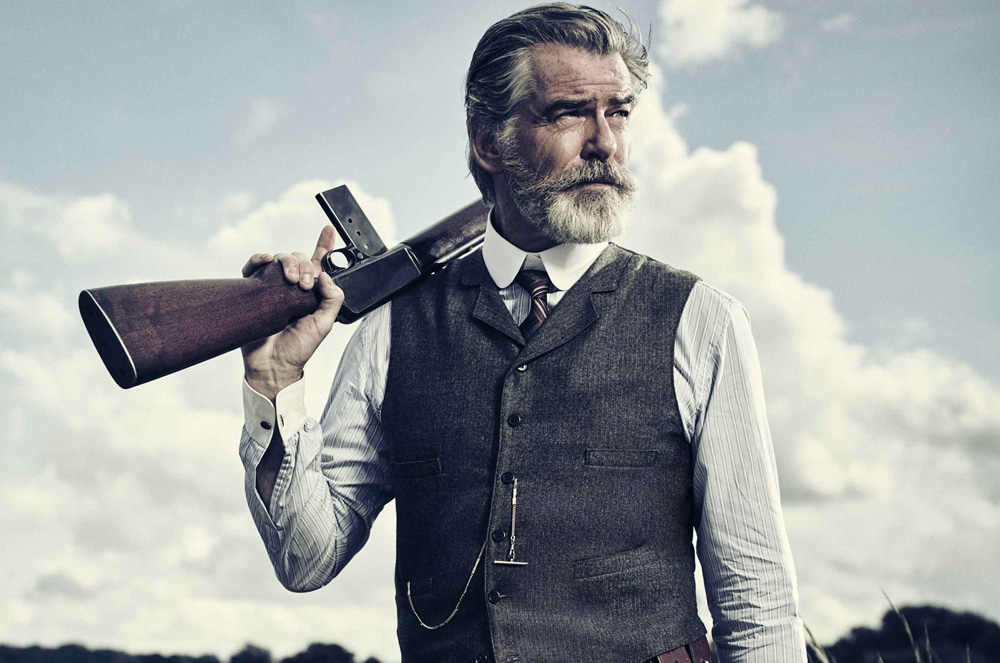 The Son, the latest AMC original series, is based on a 2013 book by Phillip Meyer, who also takes on the role of co-creator for this show. In the screening event that I attended a few weeks ago, special guest Meyer talked about how the show wasn’t being optioned and then suddenly after Donald Trump was a leading candidate to become President of the United States, (he later won, of course), all of a sudden the show became optioned. Trump was also on the mind of star Pierce Brosnan (who plays Eli McCullough), who at one point during the Q & A, mimed the actions of The Donald, and mentioned that during the filming of the show, he put in a few Trump gestures.

While the election of the new President certainly colours this Western, the book was a stunning achievement and kept me reading all in one night. Unfortunately, the same cannot be said about the TV show (it’s actually best as an episodic show and not necessarily for binging), and nor should it be seen through the prism of Trump. Certainly it was on the mind throughout watching the episodes, but there is much more to The Son than The Donald.

For starters, the show is filled with ideas. The matter at hand is far more than just Eli McCullough representing a reflection of our society. Well, no, of course not, because the stories take place in 1849 and 1915, which is long before current events and, as previously mentioned, the book was written prior. What is more interesting is how the show is co-created by Brian McGreevy and Lee Shipman who previously worked on the show Hemlock Grove, and if one looks hard enough, there is an element of horror that permeates both stories of The Son. While others complain about knowing that Eli McCullough survived in 1915 from being held captive by Comanches in 1849 hampers the show, I am of the belief that the elder Eli (Brosnan) may contain an element of bodily horror within, as he is most likely turned at one point or another. The Comanche life becomes his own, and though scary, it is curious to see how much he carries with him into his later years. McCulloch himself is the titular son, as The Son of the Comanches and of a lawless Texas. This too carries with him into his affairs of 1915, as his two sons (Henry Garrett being one of them) make little impact and his dealings with the Garcias, Mexican-Americans, are coloured by the experience he faced…but to what degree, we don’t know.

Having seen the first six episodes, the real star of the show isn’t a son at all, but Eli’s son’s Pete’s daughter Jeannie (Sydney Lucas), of whom Meyer noted was not a great child actress, but a great actress, period. Jeannie has much more to do as she faces an uncertain upbringing and the show hinges on her. McCullough links to the past but Brosnan can’t quite pull it off. As Jeannie, Lucas is the best part of the show.