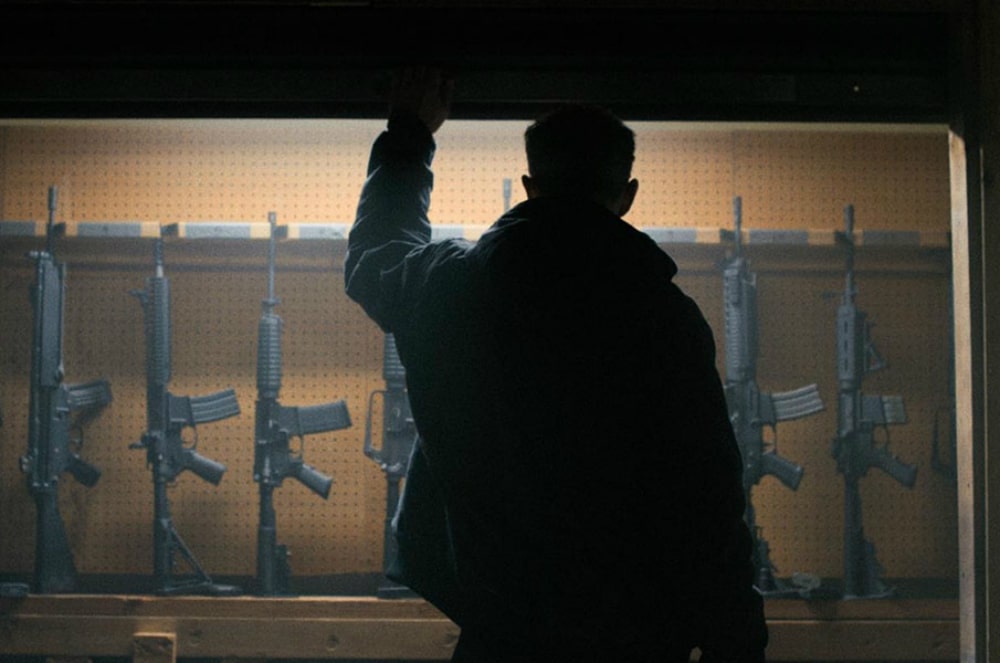 A synopsis of The Standoff at Sparrow Creek suggests something topical. Militiamen, a mass shooting, middle America—the political touchstones are there. As its plot cinches together however, writer-director Henry Dunham’s film begins to feel like something else. Call it a meditation on a certain mindset, or just consider it a crackerjack whodunnit. This is a tense, mean little film with something to prove.

Summoned by sounds of gunfire, seven militiamen arrive at their warehouse headquarters and discover one of them is responsible for an attack on local law enforcement. With their sense of paranoia stoked even higher, the gang knows they’ve got to figure out who pulled the trigger, lest the police find an excuse to come down on them all. Ex-cop Gannon (James Badge Dale, terrific) takes the lead in the investigation, men are separated, tied up, questioned. The film gives us reasons to suspect hulking Morris (Happy Anderson), silent Keating (Robert Aramayo), or friendly Noah (Brian Geraghty, used to great effect); like 1982’s The Thing, a clear inspiration, The Standoff at Sparrow Creek casts doubt everywhere. Aided by an extreme minimalist aesthetic, Denham manages to apply even more pressure; it’s there in the incisive editing, the stark lighting, the silence. These men are left with just the plinking echoes of their warehouse, wind howling through dead trees, the boom of a gun. In that atmosphere, the film’s twists catch us off guard just as they do the characters.

That aforementioned synopsis still reads as convenient though. In truth, The Standoff at Sparrow Creek can feel schematic, something to be pulled apart by its components, perhaps made by someone more steeped in film history than lived experience. But so what? Denham’s film is still spiked with real terror, and dares peer into the void between society and chaos. It approaches timely subject matter, sure, yet with all its ticking clock suspense, creates something timeless.