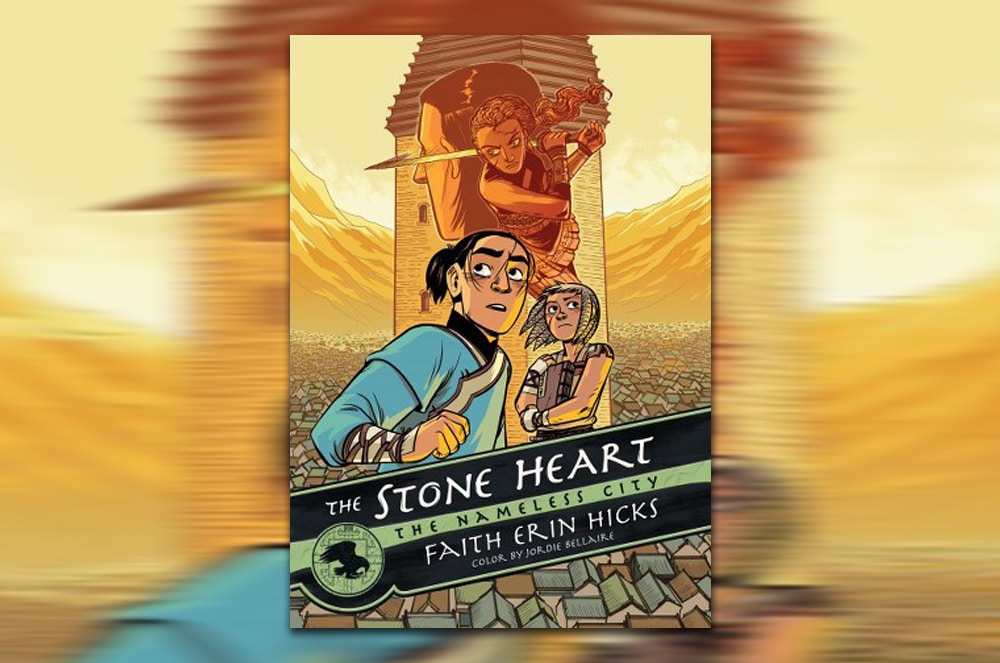 It is a gorgeous text filled with some pretty elaborate drawings by the author, with coloring done by Jordie Bellaire. The Nameless City is essentially that, it is no place, and it is made up to look like thirteenth century China, with thatched roofs and Terra Cotta warriors. But while The Nameless City is located in the past, (or at least appears to be), the central conflict suggests that it could take place at any time at all, and through looking backwards, it may be an examination of moving forwards, at least one hopes that this is the case.

The central figures of the book are Kairu, often called Kai, and Rat, who has given this name to herself. Rat is an inhabitant of the lush Nameless City, but Kai comes from the other side of the river, from a place called Dao. The balancing act of the book is presenting characters that are different shades and colours, but presenting them as living in the same place, aware of the multiculturalism and choosing to either accept it and ignore it or fight for the belief in a single race in the society. For at its heart, that is what is beating throughout the nameless city: a race war.

One imagines that Hicks was inspired by the multicultural Vancouver where she now lives, but a very helpful author’s note states that much of the research was done in Halifax, before she moved to Vancouver. Perhaps she has an understanding of purity wars because Canadians are outside of the current conflict and yet on the borders, we are enmeshed. Regardless, the drawings are simple and yet rife with detail, (those roofs!), and carry forward the story very well. Surprisingly, the biggest weakness is the staccato dialogue as the story functions best when the pictures tell the story (often suggesting rather than showing).

A final note: the age suggestion provided is 9-13. This book could easily be enjoyed by those into their teens and by adults as well.

The Stone Heart was provided by Raincoast Books in exchange for an honest review. It may be purchased from your friendly independent bookseller or other fine bookstores.