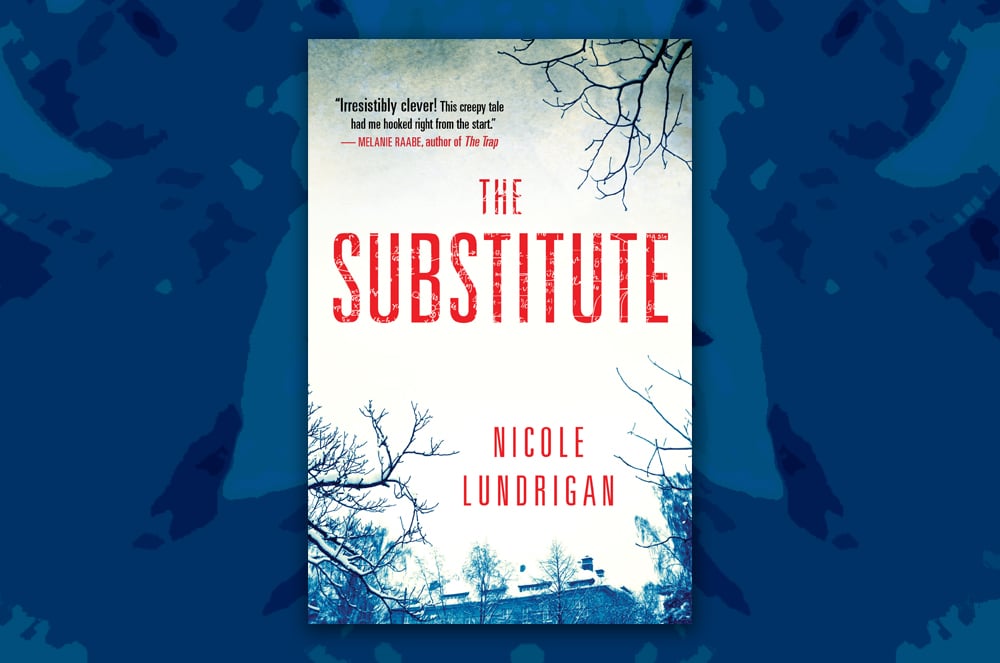 The Substitute is a difficult book to review because a first time read of the book is just too confusing, (the narrator situation in particular), the subject matter not very comfortable (investigating a murder and not really in the sleuthing sense), and most of all, not about a particularly engrossing character, Warren, (whose name is a hint as to his personality). In short, I didn’t really understand the fuss. But it’s a clever book, almost too clever. I say this only because during the first time read I considered giving up, but did it dutifully because I figured that the hype for Nicole Lundrigan’s book must have been justified.

But then when I made it to the final few pages, the ending came into view and suddenly the pieces fell into place. And it’s not just the ending that locks into place, but beginning the book from the very beginning reveals deeper reserves and helps to explain the herky-jerky style of narration as well as the title, which has absolutely little to do with what I had imagined (a substitute educator, particularly Warren), and, like everything else, falls into place quite well.

So it’s really a question of whether a book needs to be understandable, entertaining and above all, worthy the first time through. Or can a book be seen as a puzzle with some missing pieces the first time through and then a completed work the second go round if this qualifies as a triumph. Ultimately, it’s something of a toss-up, but reading and re-reading Lundrigan’s book is an experience and one for which I doubt could be easily replaced with any sort of reasonable substitute.

The Substitute was provided by House of Anansi Press in exchange for an honest review. It may be purchased from your friendly independent bookseller or other fine bookstores.