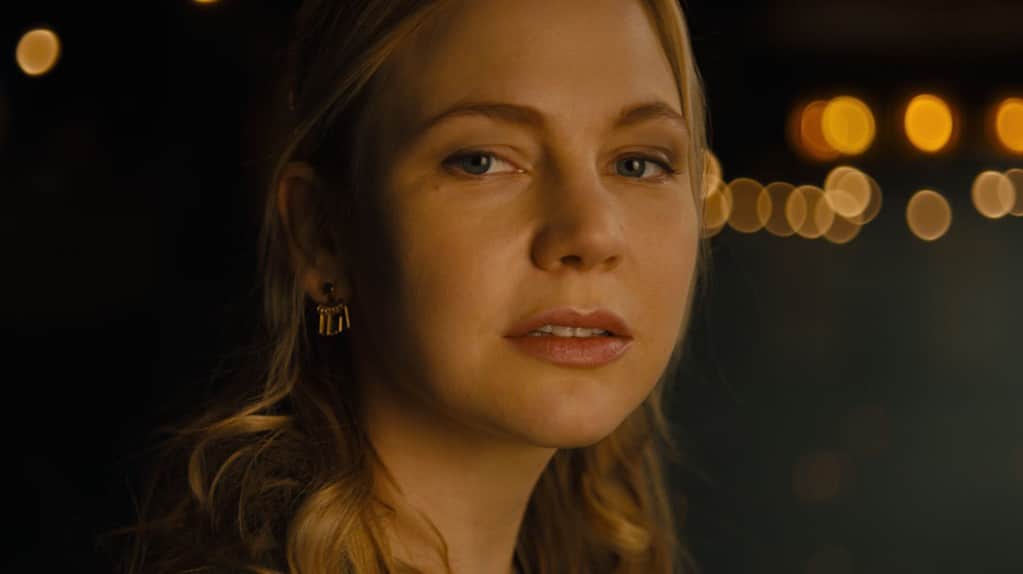 Not to immediately mention a different film, but with director Lindsay Mackay’s The Swearing Jar, it’s tough to avoid comparing notes with Take This Waltz. Both are Canadian films told from the perspective of their leading ladies, both feature acute love triangles, and the star of the former, Adelaide Clemens, has a passing resemblance to Michelle Williams.

For better and worse, that’s where the similarities end. As written by Kate Hewlett (based on her play), The Swearing Jar is structured around different elements than its predecessor. One is indeed the titular jar, used by Carey (Clemens) and her husband Simon (Patrick J. Adams) in anticipation of their new life as parents. The other is a performance at Simon’s 40th birthday party, at which Carey is performing across from Owen (Douglas Smith), the overly available aspiring musician with which Carey has her meet-cute. With a straightforward filming style, Mackay wrings these three into shape through chronologically disjointed scenes used to explore large-scale subjects (namely, love and grief). We’re also treated to cheesy music scenes led by Clemens that underscore the action, such as it is. In all, I can’t say any of it had me applauding.

Still, the writing in The Swearing Jar isn’t unimpressive (there sure is a lot of it, anyway), and the emotions are heartfelt enough. It’s also something to see Kathleen Turner, even here in a fairly rote mother-in-law part, selling the years and the tears of her character. Maybe these grace notes will work on someone else’s ears.