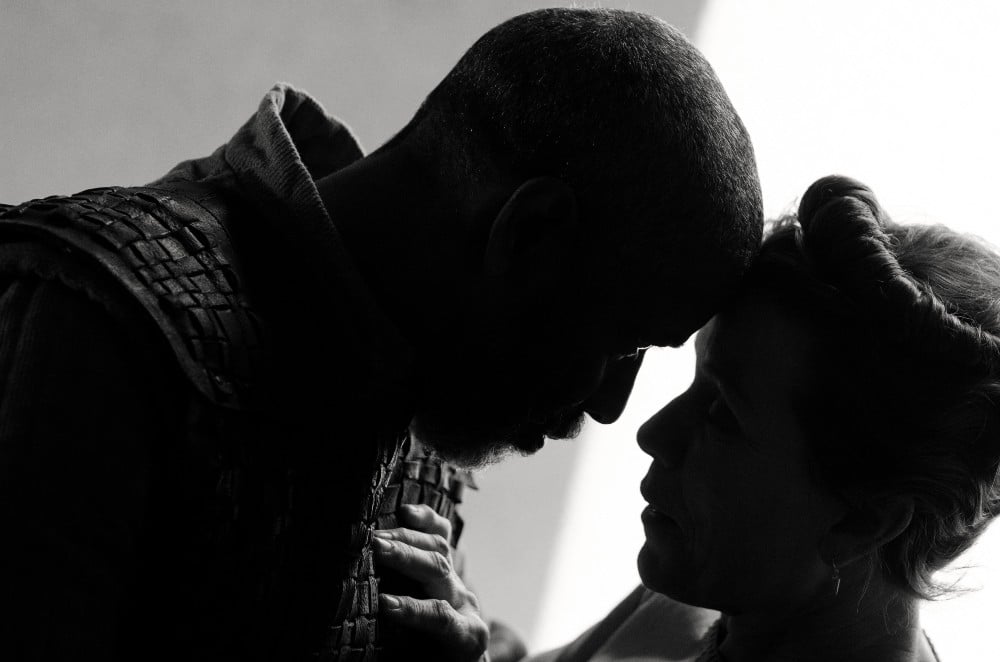 The intrigue surrounding The Tragedy of Macbeth starts and ends with the fact that its legendary director, Joel Coen, is making his first film without his brother Ethan. Could one Coen make for only a half-good film? Surely choosing to adapt one of Shakespeare’s most enduring works—with Denzel Washington in the lead no less—acts as protection against such concerns. But then, another problem: what’s the risk?

Coen’s approach to the Scottish play trades on a few of the advantages film has over the stage. For one, The Tragedy of Macbeth can rely on close-ups of its cast, including Washington and Frances McDormand as Lady Macbeth, to enhance the story’s rising madness. For two, Coen can also use a birds-eye perspective, which enforces the narrow-by-design black-and-white production and allows for a certain expansiveness in the mind’s eye. Of course, Washington, McDormand, and co. don’t have to leave that much to the imagination: their acting work is top-notch all the way down. (Extra merit goes to Kathryn Hunter’s portrayal of the witches, another of the film’s stunning elements.) Freed from a static set, Coen draws interesting lines in space, suggesting an endless expressionistic horizon that is also entirely desolate while capturing a power struggle over what appears to be a useless patch of sand. In this, the vengeance brought about in the film’s final act thanks to Corey Hawkins’ Macduff, which, again, is distinct in its visualization, rings as an anti-climax. This is by design, but it’s also possible to wonder if there’s supposed to be, somehow, something else—something more.

Instead, what starts and ends in The Tragedy of Macbeth is what we would expect. That’s partly because Coen doesn’t mess with Shakespeare’s perfection—and also exactly because Coen doesn’t mess with it. Maybe Ethan was the key chaos ingredient all along or maybe it was always going to be this way. The worst I can say is: this latest turn of the evil Macbeth is as good as promised.