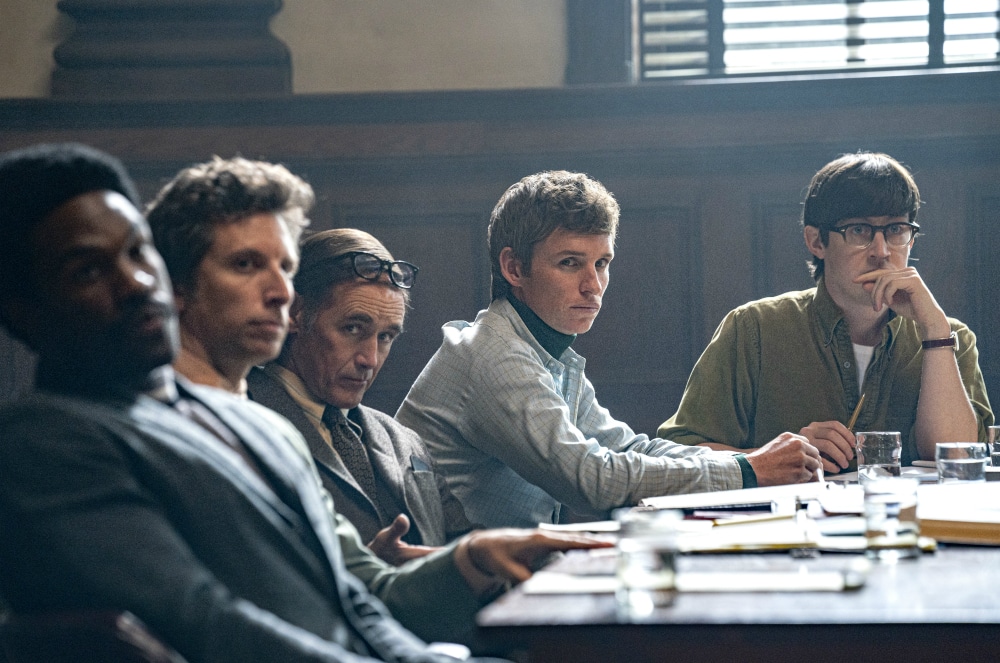 There’s a breathless quality to writer-director Aaron Sorkin’s The Trial of the Chicago 7—and it’s not just because everyone talks really fast. The film’s story is indeed compelling, and it’s clear Sorkin gets a rush from telling it; but his focus on the historical narrative’s showier aspects, rather than the means and methods of its politics, reveals where his sympathies lie. Sorkin’s film has force, but not enough to break the tenets of screenwriting—let alone any system.

Given the sheer contextual volume in Chicago 7, Sorkin wisely structures the film around the titular legal showdown, using the case to shape his heroes and villains while explaining their backstories. With fleet editing, he’s able to clap back and forth in time around the 1968 Democratic National Convention and anti-Vietnam protests that led this eponymous group—plus Black Panther leader Bobby Seale (Yahya Abdul-Mateen II)—into a courtroom. Sorkin is still a boring filmmaker, however, whose lack of technique comes to the fore whenever his ratatat dialogue isn’t pinging around a scene. Given the scale of the film, this is an obvious stumbling block. Fortunately, the film’s equally large cast—led by Sacha Baron Cohen as Abbie Hoffman—not only delivers the dialogue with gumption but distracts from the flat filmmaking. Most any courtroom drama can get by if the actorly back-and-forth is good enough. And on that front, Sorkin’s film is more than good enough.

It’s easy then to get swept up in The Trial of the Chicago 7. So easy in fact, it’s possible to be cheered by its conclusion. (No spoilers, but still: this is a film based on a real 50-year-old event.) Moments in the film—mostly those dealing with race and its pragmatism vs. radicalism debate—suggest a vision beyond simple Hollywood structure and sentimentalism. Yet Sorkin is so set on nailing every pay-off in his screenplay, he just can’t help himself. As a result, he ends up missing his own point. Yes, this is all useful history, but since not much has changed, let’s ask: what pray tell have we won?

A Beautiful Day in the Neighborhood Review 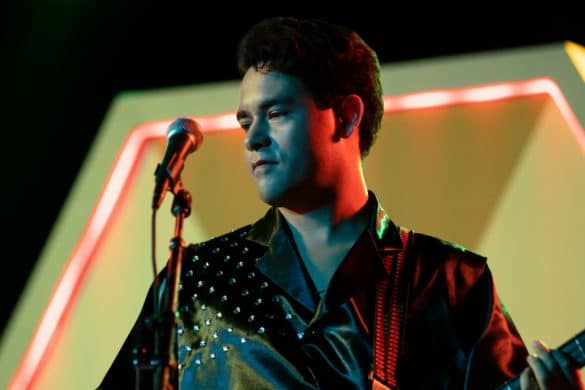