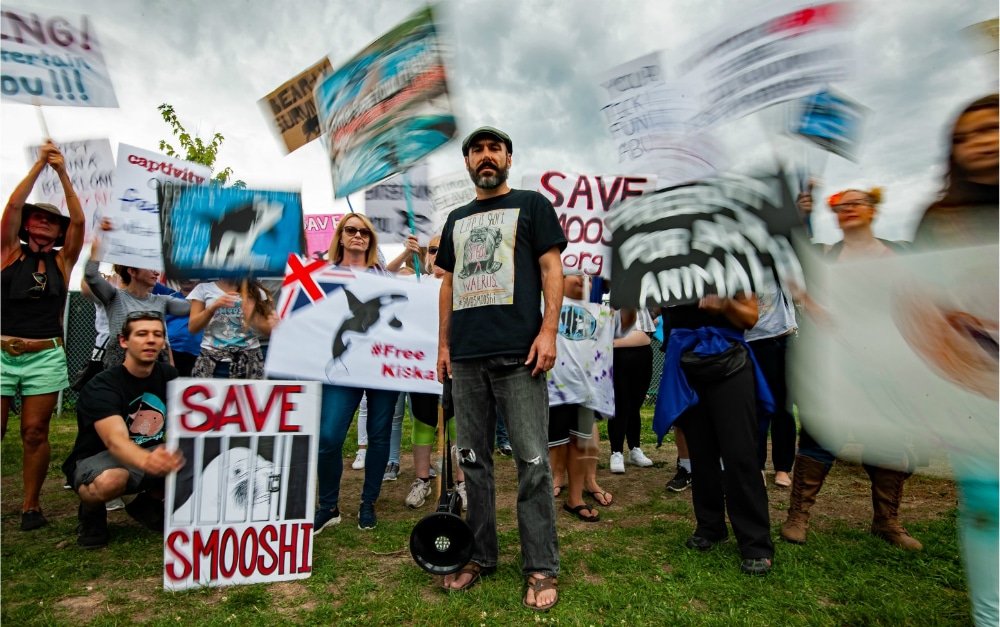 If you follow Phil Demers, a former animal trainer at Canada’s MarineLand, on Twitter, you should already know about The Walrus and the Whistleblower. Demers is the charismatic star of Nathalie Bibeau’s documentary, the human face for everything wrong at a park that supposedly, as per its jingle, “everyone loves.” Bibeau needs Demers because behind that family-friendly facade, the owners of MarineLand would rather you did not know the whole story. That’s not surprising, yet her film is still worth seeing.

Opened in 1961 by John Holer, MarineLand is a well-known brand in Canada, its commercials impossible to miss on local television. Part of the park’s operation, however, has long included animal captivity and abuse. As the film shows, it wasn’t a problem until activists started protesting in the 1980s. Decades later, after some light training, Demers “imprints” on a walrus named Smooshi and begins a whistleblower exodus circa 2012 along with a campaign to free the captive animals and reunite with his “daughter.” Bibeau captures pieces of this broader history while ceding the film to her star and his legal battle against the Holers and the Marineland corporation. The footage she’s able to employ, along with various testimonials, make the case clear as it moves through the Canadian Senate. And while the film loses itself at times—Demers is only captivating to a point—it’s still effective in showing how this country’s legal system (and the corporate protections it provides) work to crush any person who stands in opposition. Again, not surprising, but it’s worth a reminder.

In this, The Walrus and the Whistleblower gets at how revolutionary action works. Back in the 80s (and beyond), protesting MarineLand for animal cruelty was not a majority-held position. As we see in glimpses, however, the movement grew and a new understanding was fostered. Now, people ask questions. It took a long time, but these activists—including Demers—eventually produced results. If nothing else, Bibeau’s film acts as a historical marker: we are here in the ongoing fight.

The Walrus and the Whistleblower is now available on digital TIFF Bell Lightbox and on iTunes.