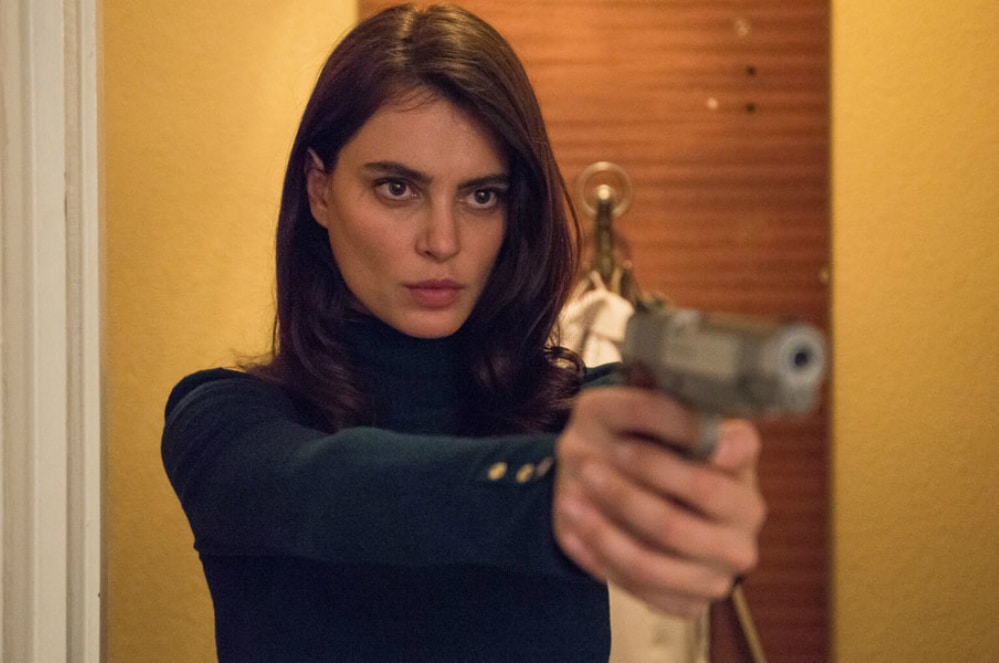 The grin one develops as they watch The Whistlers is matched only by the smile its maker, Corneliu Porumboiu, presumably had the entire time he made it. The film, which involves multiple far-flung locales, an impressive cast of characters, and even a made-up language (hint: it involves whistling), is the most expansive of Porumboiu’s career. Despite its scale, however, the Romanian filmmaker has clearly not lost his wry sense of humour.

Through a narrative presented via both fractured perspectives and chronology, The Whistlers settles on one cop, Cristi (an imperturbable Vlad Ivanov), as he labours to do his job. In this case, that involves travelling to the Canary Islands to make a deal with criminals (led by Agusti Villaronga’s Paco), while also doing his boss’ (Rodica Lazar) bidding, while also trying to keep the right people alive. Colour-coded title cards introduce each of the film’s characters, which is helpful because it takes half the runtime just to get the story straight. Once it becomes clear what Porumboiu is doing, and we understand how sly he’s being about it, the film’s deadpan charms and outright romanticism are hard to resist. If nothing else, Porumboiu understands how to deploy Catrinel Marlon—whose character is not coincidentally named Gilda—just so.

To that end, as Jean-Luc Godard said: “All you need for a movie is a gun and a girl.” So, while I never expected to get both in a Porumboiu film—especially given how they appear in The Whistlers—it’s worth noting another maxim, one that applies here too: the best movies are made with love.