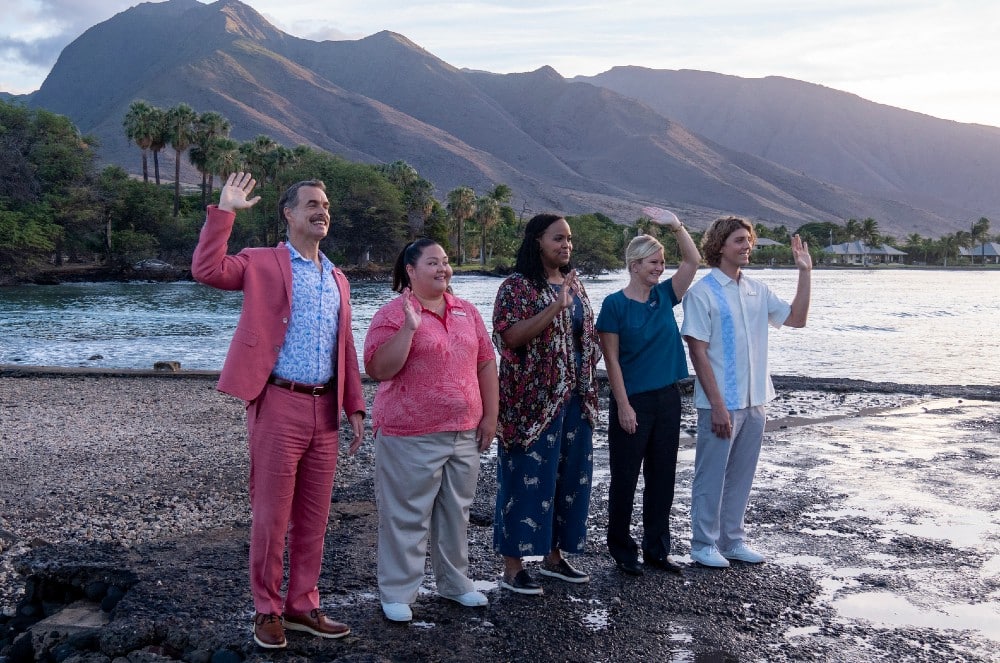 The White Lotus is easy on the eyes but hard on the soul. The six-episode mini-series from writer-director Mike White presents multiple perspectives, yet arrives at a singular problem: can any of us see ourselves as anyone besides the protagonist of reality? There are other elements in play here too, matters of race, class, and power, that make the show pertinent to today, but it’s able to move beyond mere farce by examining some deeper reaches of human behaviour.

That sounds heavy, so it’s worth noting: The White Lotus is set entirely on a luxury resort in Hawaii, complete with wonderful landscapes photographed beautifully both day and night. It’s also funny (if awkward and macabre), with a delightful sense of character and situation aided by more than a handful of strong performances. These include Steve Zahn as a befuddled dad, Brittany O’Grady caught in his family’s squabbles, Jake Lacy at his entitled guy peak, and Jennifer Coolidge asserting her specifically strange presence. White engineers a series of chance meetings and confrontations between these and other characters in ways that feel immediately recognizable—even if you’ve never been on a resort vacation. He also understands the delicate dance between servers and the serviced, how the shifting sands between these two concepts keep people moving around each other (and always at a distance). It’s perhaps easy to make a show lampooning the idle rich—especially in this day and age—but White is crafty enough to twist those expectations, the hero of one storyline becoming the villain in another.

There are more than a few happy endings in The White Lotus, which becomes its most damning element (even more so than the dead body that opens the series). A Hawaiian vacation for some of its characters represents a break from their everyday lives, sure, but it also acts as a reminder, one White inserts here to sharp effect: most of these folks can just return to doing whatever they want, no change required, and still the star.