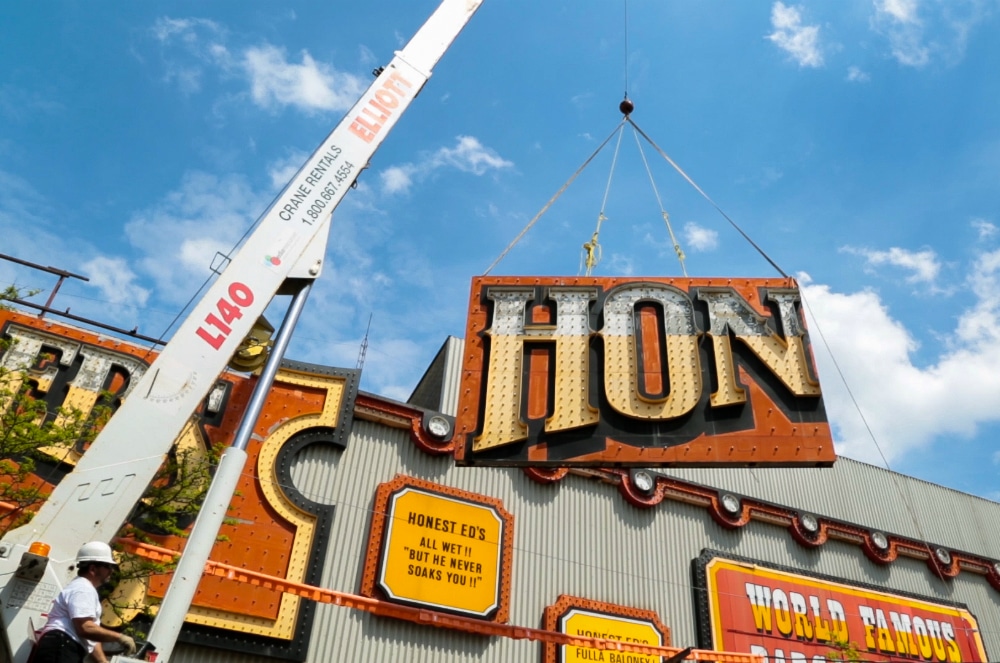 There’s No Place Like This Place, Anyplace, directed by Lulu Wei, is a hyper-local documentary about the end of Honest Ed’s, a beloved discount store in Toronto. It also happens to provide a neat summary of the broader civic issues—involving race, class, and community—facing cities everywhere. Taken together, Wei’s film offers both a nostalgic love letter to a bygone era and a critique of our incoming future.

After selling his family’s land, David Mirvish admits he lacked the wherewithal to reinvent the retail business inherited from his famous father. There’s no shame in that per se, yet what There’s No Place uncovers is just how much else there was to that one block in Toronto. As Wei explores, multiple communities have constructed a rich history here, forming a connection that goes well beyond Honest Ed’s deliberately tacky design. To fill in that picture, Wei talks to local business owners, city councillor Mike Layton, and even adds her own story, as a resident, to the choir of voices lamenting the passing of a neighbourhood. Some of the people on-screen (like A Different Booklist’s Itah Sadu, a human dynamo) are compelling, others less so, but their intent is clear. Wei’s film is at its best when juxtaposing this shared past with the concerns of tomorrow—affordability chief among them—while questioning the claims of Westbank, the site’s developer. While the film’s tone remains light, her work is detailed enough to open eyes—including mine.

Now, full disclosure: I, too, am an area resident and former Honest Ed’s shopper. I’m also a municipal employee. What Wei has put together captures some of the truth of the development process in Toronto—how the work gets done, the compromises along the way, and the inherent unfairness. I’m of the opinion that the physical space of Honest Ed’s couldn’t last forever, but the film has a far more significant and valuable takeaway: not enough is being done here, and everywhere, to keep the spirit of these places—and the people who populate them—alive.