They Call Me Dr. Miami Review 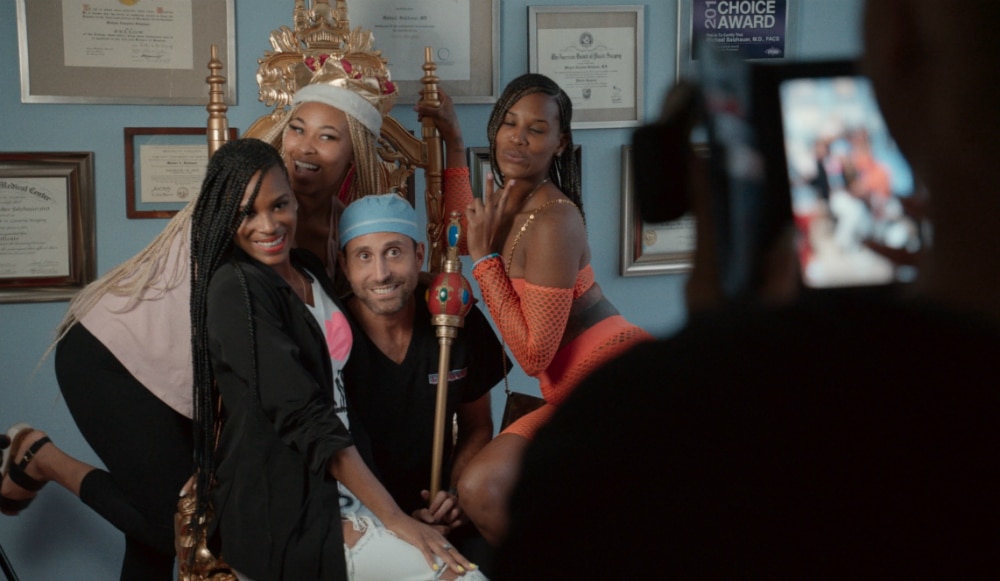 In retrospect, I should have known I’d feel icky watching a documentary about plastic surgery. Even images of pre-op lines drawn on human bodies give me the heebie-jeebies. Still, I try not to judge. If someone wants (legal and medically safe) procedures done to them, who am I to say anything about it? It’s their body, their choice. Nevertheless, we have to draw a line somewhere; and They Call Me Dr. Miami, directed by Jean-Simon Chartier, offers a good place to start.

The film’s eponymous doctor is Michael Salzhauer, who’s known worldwide, though not for the usual reasons. He’s a plastic surgeon who uses social media to advertise his practice—and himself. As such, Chartier’s documentary has plenty of material to use for outlining the details of this man’s life. We see Salzhauer performing Brazilian butt lifts (I did not need to see this), we see him eagerly goofing around online (this wears thin), and most strikingly, we see him at home steering his family through Orthodox Judaism. This element, in particular Salzhauer’s daughter’s take on it, complicates They Call Me Dr. Miami and saves it from being yet another film decrying the perils of our superficial age. The film is that—complete with horror stories and queasy testimonials—but it shines when watching Salzhauer attempt to use his religious education to justify and define his work. In this, Chartier avoids being too heavy-handed, leaving the good doctor to make his own case while just dutifully laying it out there.

The fundamental problem with They Call Me Dr. Miami, beyond an inability to reckon with how annoying most “popular” social media content is, is that Salzhauer isn’t particularly difficult to figure out; he’s all straight-line connections. Chartier’s illustration of the broader cultural picture that creates and sustains people like Dr. Miami is appreciated, but it’s also just not that deep. By film’s end, I had to ask myself, with as little judgement as possible: why am I doing this to myself? And, by extension, why are we?