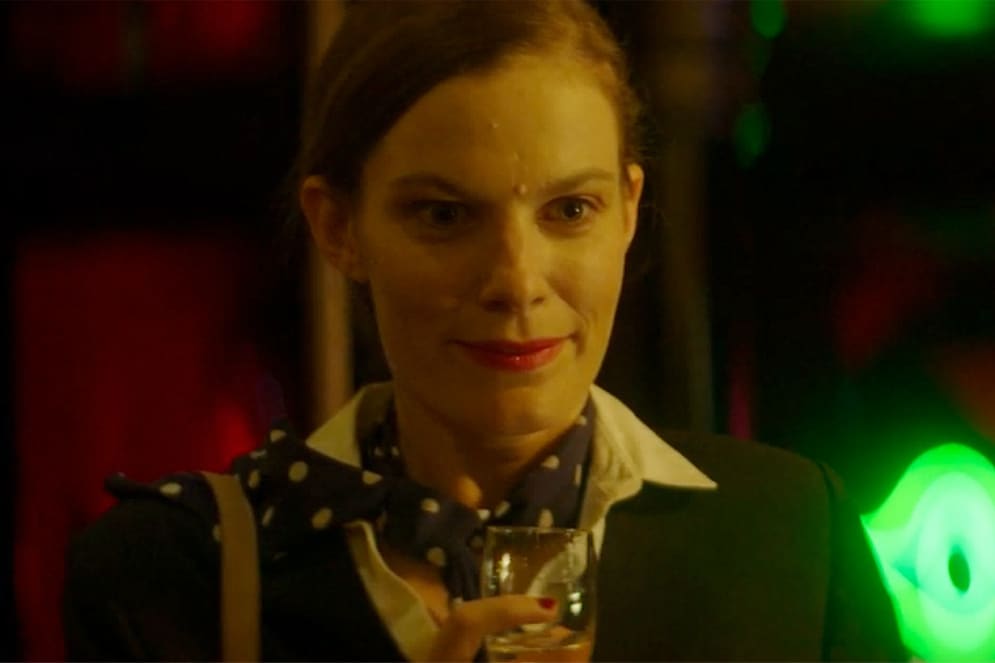 Thirst Street is a strange little movie. The Tribeca debut was raved about by some, loathed by others and fits a style that is usually quite irritating, (the quite regressive sort of throwback film). But this ode to the seventies and to obsession works very well. The key reason that it does so successfully is the performance of lead actress Lindsay Burdge.

The appeal of Burdge is familiarity. She has starred in a number of independent films (Vanguard standout Lace Crater as well as Joe Swanberg’s Digging for Fire, The Invitation, 6 Years, even XX).  Though she isn’t the lead every time, she is an ideal lead in her performance as Gina in Nathan Silver’s interestingly named Thirst Street. The film opens with Burdge opening a door to reveal that her boyfriend has killed himself by hanging (though it doesn’t reveal why), and that Burdge uses her job as a flight attendant to sort of try to escape the personal tragedy, which is shown to be almost like a dream.

Distraught, she falls for the first man who shows her any interest, which happens to be the creepy Jerome (Demien Bonnard), who projects a suave but severely Eurotrash persona. Even weirder is that Gina seems to want to arrive in a classy dance club from a guidebook and it’s essentially a dirty strip club and it doesn’t seem to make much of a difference one way or another. The difficulty of a film like Thirst Street, which is directed by Silver with a script by Silver and C. Mason Wells, is that viewers aren’t quite sure if they should feel sorry for Gina or if she deserves her fate of being treated badly because of the ironic lens and gauze surrounding her story (one suspects the former). But she makes her situation happen in part by falling so hard for Jerome, even though he doesn’t seem to have many redeeming qualities, pretty much gets rid of her after a one night stand and yet she continues to obsess even when he continually beds other women. It’s astounding! The style of art film throwback thickens the confusion and the pièce de résistance is that the film is narrated with little irony by Angelica Huston.

Perhaps there is too large a focus on Esther Garrel’s Clémence, but otherwise the strange Thirst Street is definitely worth a visit.