This Side of Sad Review 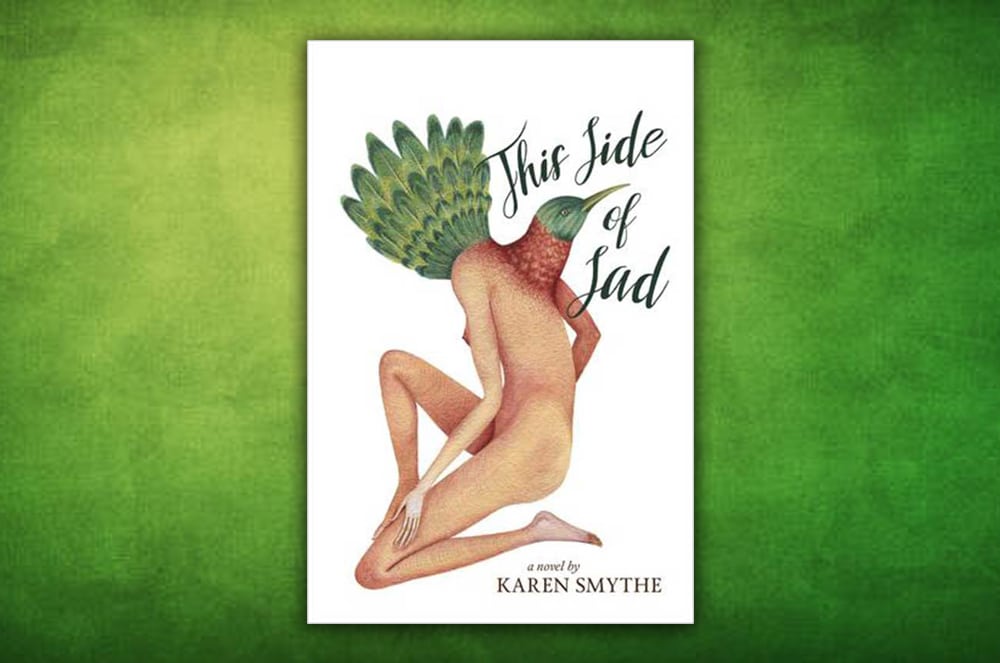 The Karen Smythe style of writing is compared alternately to many authors and writers in reviews, but I think a major issue is that the reviewer often tries to match “like with like” and I thought that the prose paragraphs and obsession with the body and other themes seemed to recall Milan Kundera more than anything. The Unbearable Lightness of Being is a lofty comparison (or perhaps it’s actually low praise), but the book’s narrator Maslen is an oversharer and yet at the same time, while the writing is in first person and feels like a journal or a confessional, it’s curious the truths that are revealed and that the narrator keeps these within herself.

At its heart, it’s a mystery, and yet I was nonplussed by the mystery itself, as to what happened to Maslen’s husband James as he struggled with his partner’s diagnosis and his own. In fact, the mystery is presented early on as James is dead from page one, but James and Ted and Josh (and Tony) continue to populate the story, as the book is an attempt by Maslen to re-examine her relationships. The problem is that with similar names and even with personalities, the male characters tend to become one giant enigma to the point of me saying “which was which again?”. It’s not necessarily an issue as the book works best as Smythe through Maslen sharing stories and abstractions. I loved the accounts of traveling in the past within Toronto and the cities surrounding and would happily devour a biography written by the author. The smutty sections are also extremely surprising, and perhaps best characterized as a book that laments and celebrates the body (and the bawdy). In fact, the cover illustration and opening section that is drawn represent a puzzle, an illusion, a labyrinth, and the fiction will come around to fit the form in good time.

This Side of Sad was provided by Goose Lane Editions in exchange for an honest review. It may be purchased from your friendly independent bookseller or other fine bookstores.