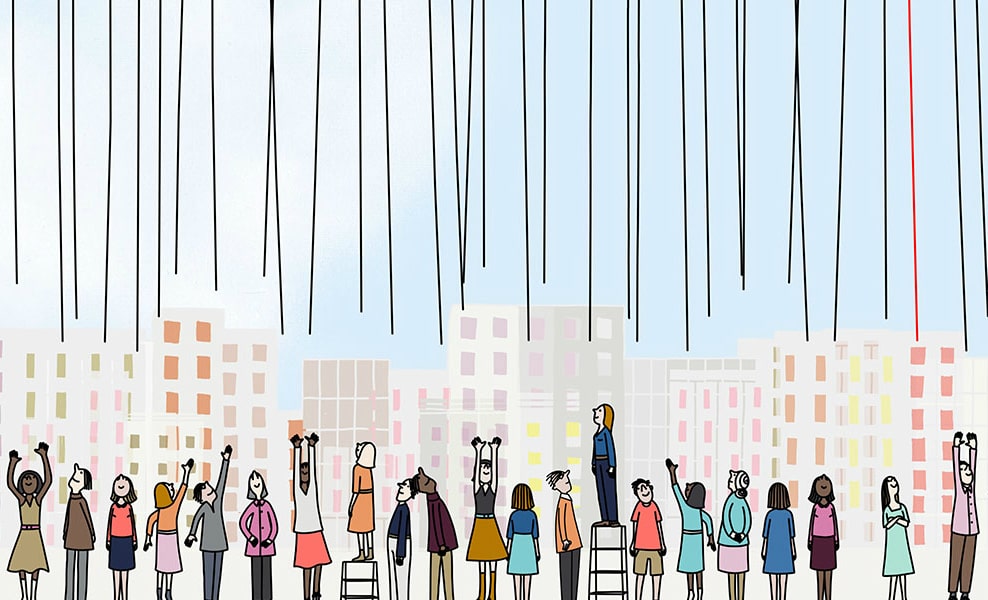 Torill Kove was Oscar-nominated for her previous short film Me and My Moulton and while many claimed it as a victory for Canada, Kove is very much a Norwegian. Perhaps the conflagration stems from the fact that Kove works with the NFB, who do an incredible job promoting their work (it’s not simply nature documentaries), and getting out the word about animated shorts.

But Threads is something else entirely, a beacon of light in a year that features a surprisingly large amount of features with the same internal narrative: bad parents. In fact, the lack of positive representation mothers (specifically neglectful or absentee mothers) is addressed in the short as the mother in the short (unnamed) is, if anything, too present in the life of her daughter. The threads make for an obvious metaphor but it doesn’t strain (or unravel) under the weight of its narrative device. Kove uses the threads to show that it is positive to care too much and though we need to let our children have some space, they can always come back to us as necessary. The short made me think of the song Cats in The Cradle, but in reverse, both in child to parent and in message of hopefulness in a year without.