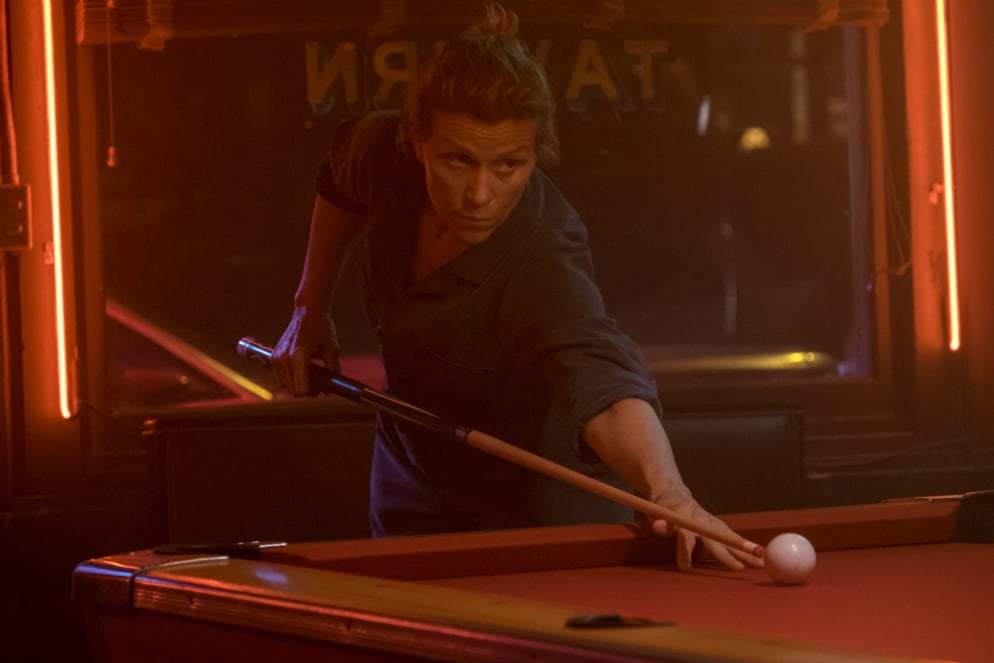 The best reason to see the TIFF Grolsch People’s Choice award winner Three Billboards Outside Ebbing, Missouri is Frances McDormand’s no-holds-barred performance. There are other reasons, of course, including Martin McDonagh’s (In Bruges, Seven Psychopaths) deft directing and darkly comedic script, Carter Burwell’s score (reminiscent of his work with the Coen brothers) and Sam Rockwell and Game of Thrones‘ Peter Dinklage in very against-type supporting turns.  However, this film belongs to McDormand’s sassy, brash Mildred Hayes. With any justice, the Academy will be presenting the actress with her second Best Actress gong at next year’s ceremony.

Of course justice, and justice given to women, is the timely topic at the core of the film. The action begins after the brutal rape and murder of Mildred’s daughter Angela (Kathryn Newton). Frustrated by the local police’s lack of progress on the case (led by Woody Harrelson’s Sheriff Bill Willoughby), she takes matters in her own hands and posts calls to action (read as inflammatory statements by the townsfolk) on the eponymous three billboards.

The film is fairly crass, but hopefully helps provide a much needed wake-up call to a society that’s become increasingly complacent with acts of sexual assault and violence against women.