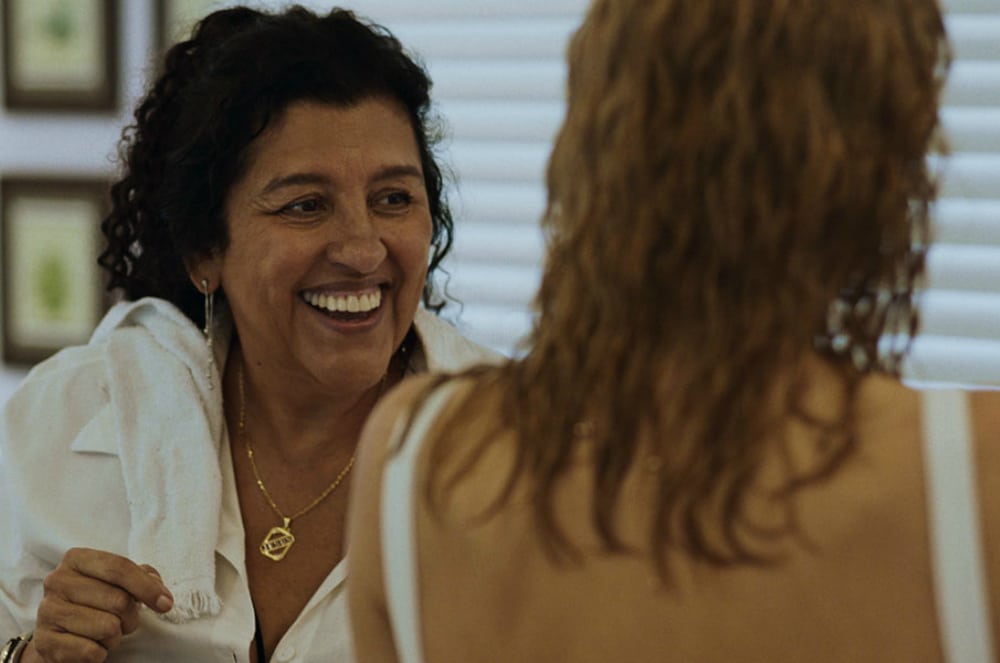 It is heartening to be reminded that people like Madá exist in modern Brazil. Yes, the Amazon is burning, but her presence—however fictional—shows a way forward. If that sounds optimistic, it’s Madá who makes it possible to feel this way. In Sandra Kogut’s Three Summers, we watch as she operates across three consecutive summers from 2015-17. In that time we come to learn about her and why she’s more important than maybe even she realizes.

Brought to life by Regina Casé, Madá is the do-it-all steward for a wealthy family in Rio de Janeiro. But that’s not all, she’s also on the hustle, looking to open a snack stand of her own (or make a little money on the side where she can). As a financial scandal scatters her employers, Madá is left to her own devices, with only the rest of the household staff and the family’s grand patriarch (Rogério Fróes) to mind. What makes Three Summers so enjoyable then, beyond Casé’s joyous performance, is how Kogut and co-writer Iana Cossoy Paro revel in illustrating just how Madá goes about taking care of business. She’s brassy and, in a sense, simple, but she’s not shy about who she is or what she’s doing.

Still, as easy as Kogut and Casé make it to root for her, Madá persists in an unfair world. Three Summers doesn’t offer a solution to that problem—how can it?—but the film’s vibe remains positive nonetheless. We hope Madá will be OK and that those good things, the luxury she’s surrounded by, will come to her. She deserves it, and more than that: she’s earned it.