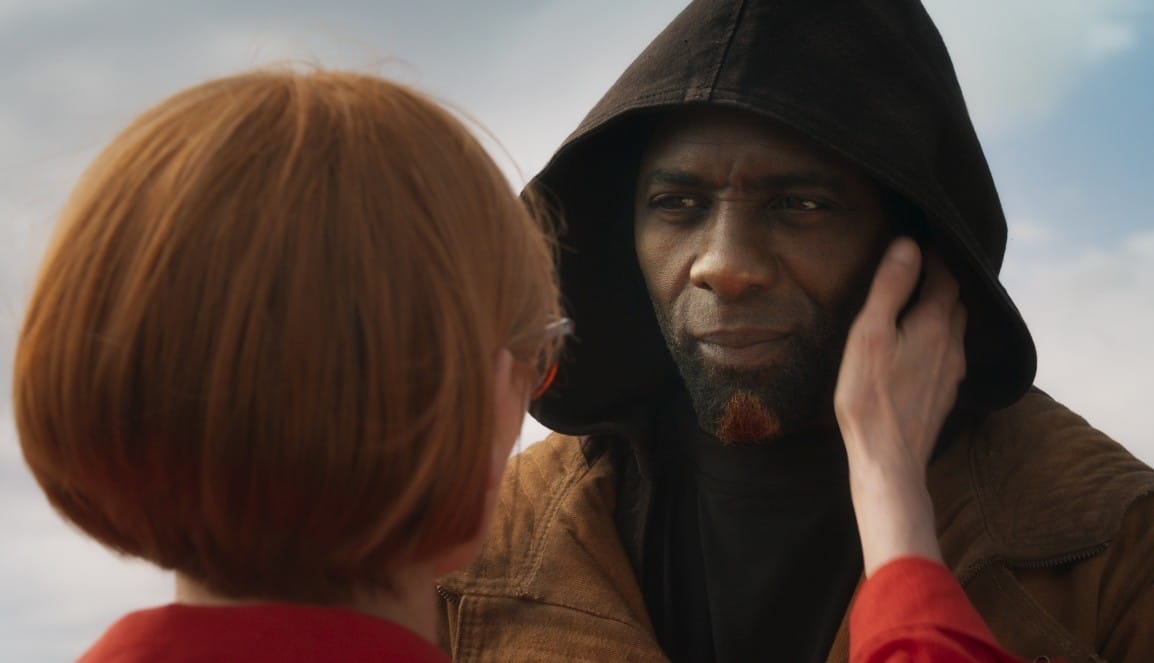 Be wary of a story about stories. That’s the uneasy setup of Three Thousand Years of Longing, from venerable writer-director George Miller, marking his return to filmmaking after his masterpiece Mad Max: Fury Road was released in 2015. As with its title, we’ve been waiting with some not undeserved fervency for this follow-up. But a story about stories? That’s a high-risk move, even for someone with Miller’s pedigree.

Based on a collection of short stories by A.S. Byatt, Three Thousand Years of Longing is narrated by Alithea (Tilda Swinton, in low gear), a scholar studying “narratology” within a quiet, ordered existence. That is until she meets a Djinn who grants her three wishes, opening the door to untold possibilities in her finite life—and potentially freeing him from the seemingly endless struggle in his. The Djinn is played with verve by Idris Elba, who takes on a co-narrator role while looming over Swinton in their scenes together. And believe me, there are many scenes with the two of them together. While the supposed appeal of this film would be Miller’s ability with flights of visual fancy as his Djinn’s tale winds itself through famous myth, we’re instead presented with a rather drab hotel-bound conversation between these two stars. What’s worse, when the film does finally jump into its various fantasies, it feels like we’re still looking at something circumscribed by the page, an epic scaled down to the margins. Finally, and most damning: its story about stories grows more formless as the minutes ticks by. How is this possible from the man who made the drum-tight Fury Road?

Sure, there is some of the Miller spark still there. He hasn’t lost his capacity to frame and shape a sequence, flowing one bit of business into the next with a touch of style. It’s through Miller’s writing that Three Thousand Years of Longing falls apart, its obvious metaphors giving way to easy, boring sentiment and then some. In this, I longed only for the film to be over.