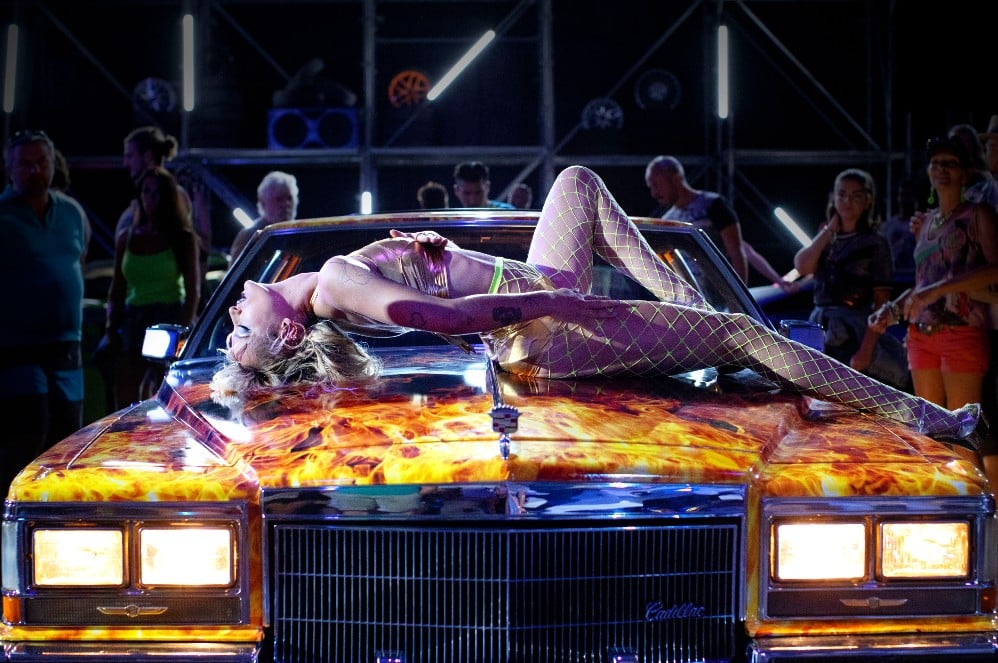 At its heart, Julie Ducournau’s Palme D’Or winning film Titane is about family. Working to invert the old adage—this is a family one can choose—her film barrels its way toward a conclusion that isn’t that bizarre on paper. It’s just difficult to summarize or explain how it gets there—and, sure, not a little hard to enjoy at times.

What pleasure you take from Titane is relative. The filmmaking from Ducournau is dynamic, complete with long sinewy takes, musical flair, and a backbreaking pace. The acting from relative newcomer Agathe Rousselle, as the film’s lead Alexia, is about as uninhibited as an actor can be; she’s matched by the legendary Vincent Lindon, as a firehouse chief of the same name, who definitely did not need to put himself out there like this. What it amounts to is a raucous story of Alexia’s escape from parental (and legal) authority and Vincent’s reclamation of his life from grief. Maybe it’s not that hard to explain, and yet… let’s just say there’s more to the film than that.

This is perhaps burying the lede but: Titane is also grotesque. Rousselle’s Alexia spends most of the film punishing her body (and hiding an extremely inexplicable pregnancy), Lindon is a livewire throughout, and Ducournau seems to delight in not dwelling too long on any of the mayhem she’s creating. The pain here is the point, though, and so is the release. Funnily enough, by the end, you may find yourself wondering why there aren’t more films like this.