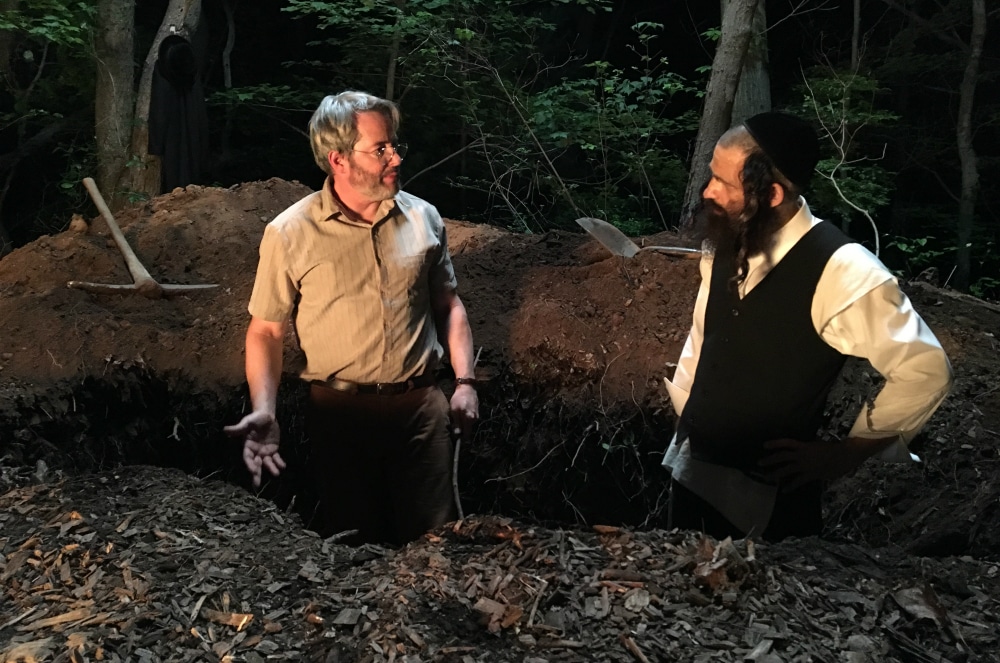 In To Dust, the debut feature film from director Shawn Snyder, the main character’s life is simple. Shmuel (Géza Röhrig) is a Hasidic cantor in upstate New York, where he lives in a modest home with his mother and two sons. All is as it should be, except Shmuel’s wife has just died of cancer and he cannot shake the image of her dead body from his dreams. The sudden unknowns here—of mind, body, and spirit—haunt him, and are just enough to launch a delicate and at times funny diversion of a film.

The funny bits come courtesy of To Dust‘s other half: Matthew Broderick’s Albert, a bored science professor at the local community college. I don’t know when exactly Broderick mastered these types of roles (my guess: it started with Election), but he plays thwarted middle-age really well. His Albert is thinly sketched, but the hems and haws he provides tell a fuller story. What’s more, Broderick injects some much-needed life—however small—into the stifling existence of the grieving Shmuel. In the role, Röhrig acts as a solid straight man, his angular face betraying waves of emotion he struggles to keep in check. Led by Shmuel’s inquiries, the two men come together for a minor mission with major (spiritual) implications. There are sidebars here involving those aforementioned kids and mother, but the charms of the film lie with this befuddled pair as they learn about science and the afterlife, together.

To Dust is not overly complicated in what it’s trying to do or say. Grief takes time, people go through it in their own way, and sometimes, yes, that way involves burying a pig to study the effects of decomposition. While Snyder’s work may not have any grand ambitions, it does carve out a space for understanding. And even if its process looks a tad ridiculous from the outside, peace is found. Simple or not, the film reminds us that that is indeed nice to know.

You could win advance screening passes to Disney’s Dumbo!