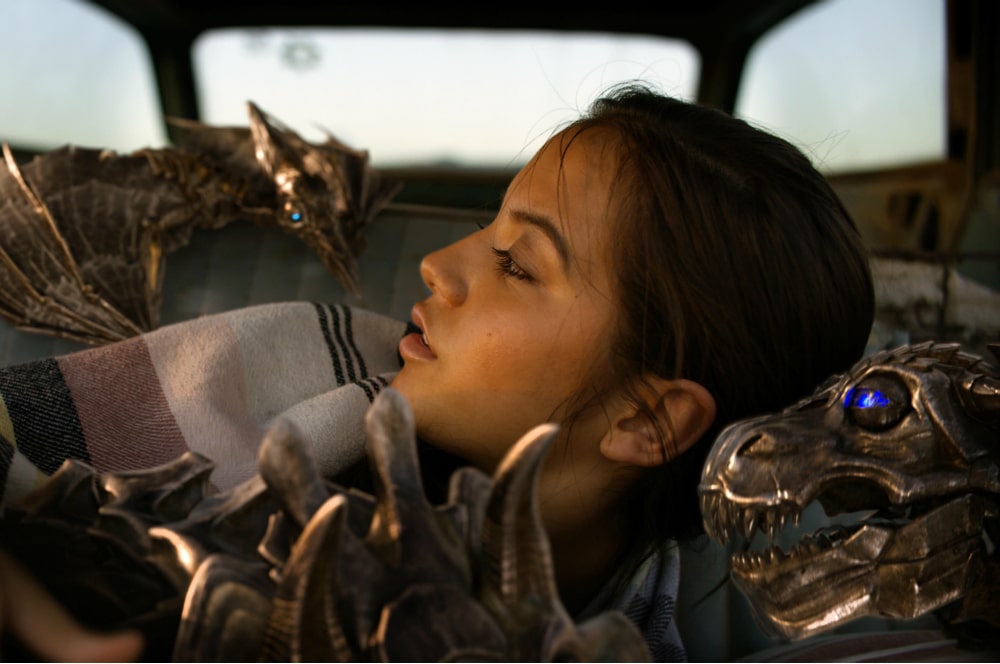 Reviewing a movie like Transformers: The Last Knight is a monumental task, (one could even say Arthurian), because the aspects that succeed most, like sound design, visuals, production design, are all spot on, and some of the best that we will see and hear all year, (it looks even better in IMAX 3D and was actually shot with IMAX 3D cameras, so good on that part). However, the aspect that is the least strong in Transformers: The Last Knight is the screenplay, credited to Art Marcum & Matt Holloway and Ken Nolan. The screenplay itself is not the issue, but the way in which it is put to screen, starting with a drunken Stanley Tucci as Merlin in the opening scene, (no, I am not making this up), John Turturro as…actually, I had no idea what was going on with John Turturro. He was in Cuba. I think? I didn’t really figure out why. Breakout star Jerrod Carmichael does…something? I’m not quite sure. He falls into a wall and hurts himself, I guess.

Out of all of the actors, new and old, the one that does the least to harm himself or herself is Isabela Moner as Izabella, (sort of her own name), as a precocious teen who…lives in a junkyard? She becomes sort of a surrogate daughter to Cade Yeager (Mark Wahlberg), who already has a daughter and in a running joke throughout the movie is not able to connect with her and she never appears on screen, despite being featured heavily in the previous film in the franchise and voiced by Nicola Peltz. Moner is introduced early on, sort of disappears for a stretch and then comes back and the film is stronger for it. She’ll be a great actress, despite being the most dental-friendly and made-up street urchin this side of Cybertron.

Faring slightly worse is Laura Haddock as Viviane Wembley, a walking, talking British stereotype of an uptight person (a far cry from her Meredith Quill). Haddock surprisingly doesn’t appear in a scene in which her clothes don’t fit suddenly, which perhaps represents progress in a Michael Bay-directed universe. In fact, much of the movie feels like Michael Bay-lite, as if he almost listened to his previous criticisms and toned down his lens flares, American flags, and blatant sexism (though it’s all still there. Just less of it). In fact, Sir Anthony Hopkins doesn’t feel entirely out of place as Sir Edmund Burton, an astronomer and historian who reveals the ridiculous secret society of the title, in which the Illuminati seems way more plausible somehow (the scene of Bumblebee killing Nazis in World War II, again, I am not making this up, just seems a tad far-fetched). If the goal was to One Up Wonder Woman, then Mission Accepted, I guess?

Okay, so it’s all a little bit silly and entirely too long by a good forty-five minutes, and Wahlberg somehow is The Special despite being entirely unspecial. But there’s an endearing quality that makes this Knight the strongest in the series by a good bit. Any film that can laugh at itself as including Shia LaBoeuf’s Sam Witwicky in the silliest pose possible as “in on it”, clearly is transformative. Maybe there is more to the franchise than meets the eye.