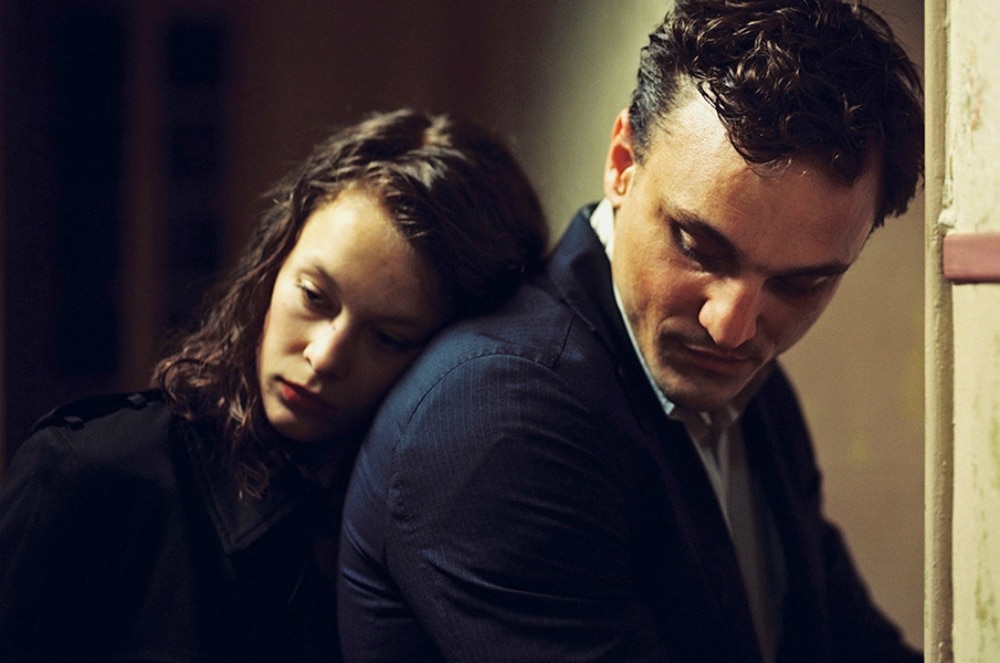 This movie should not be set in the present day. That’s the first and most striking element in director Christian Petzold’s new film Transit. He’s adapted Anna Seghers’ novel Transit Visa, but moved the setting from Marseilles, 1942 to today. It’s a bold strategy, one that overlays all sorts of live-wire connections to refugees and Nazism of the present day. As the movie continues however, its formal conceit becomes the film’s only standout element.

Georg (a tightly wound Franz Rogowski) sits hunched at a bar. A compatriot hands him some letters to be delivered to a writer named Weidel. Simple enough, except police are rounding up everyone without proper paperwork. Georg is suddenly on the run with a new identity, and a couple of bodies in his wake. Eventually trapped in Marseilles, he encounters the same people day after day, and a growing sense of desperation. Petzold establishes this tone with jarring matter-of-factness. We recognize the words, but the music is discordant. There’s not enough else here however, with Rogowski presenting as an enigma, to deliver us any further. The film’s modern setting begins to feel like a crutch. Had we actually been in 1942, there’d be nothing to talk about—we’ve seen this all before.

Unlike Petzold’s Phoenix, the emotional punch of Transit never quite arrives. True to its title, the film remains in limbo. It fires the imagination, but not the heart. We know these people are due to die, we even know they know. But the film itself succumbs to a certain lifelessness.