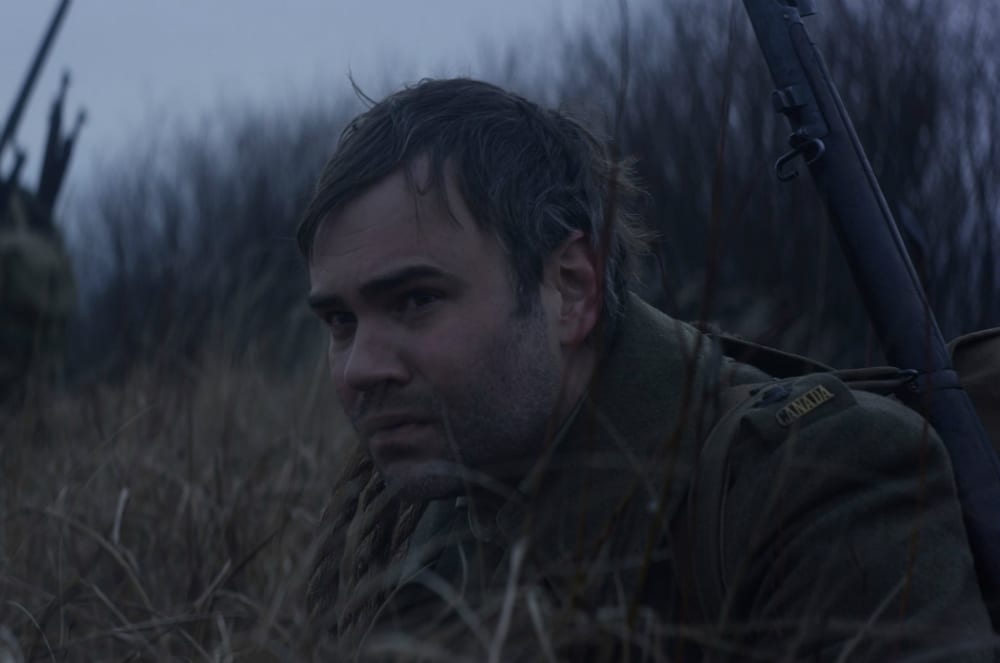 While Trench 11 sounds like the moniker of an emo pop band, (seriously, they performed the song Hey There Delilah, correct?) it’s actually something very different. Trench 11 is actually an intermittently fascinating film about the horrors of World War I (and not WWII like an audience member at the Toronto After Dark Q&A suggested), shot in Winnipeg in the middle of the winter, (no wonder that war is hell). It stars the always compelling Rossif Sutherland in the lead role of Berton, who appears in the main story within the titular Trench 11, but also during a leave in the bed of Veronique (Karine Vanasse), and really, how Vanasse was limited to essentially one scene is a true waste of resources.

Once Berton returns to the tunnels, the timeline begins in earnest, as a sort of alternate historical retelling of the Germans using biological weaponry as a way to turn the tide of war. Obviously, the plan itself, (and saying what it is really ruins the setup), serves as a sort of metaphor for the unspeakable horrors of war, I get that. But co-writer Matt Booi and co-writer/ director Leo Scherman had the potential to do so much more with the setup. I actually prefer a version in which there is no chemical element and the film, instead of switching the focus to additional actors, remains on Berton and his mental state.

Sutherland channels a sort of descent into madness, (or does he?) and the gross-out element and extreme violence feels more cartoonish than necessary. In addition, the set is meant to look claustrophic and instead looks cheap, and the wilds of Manitoba seem like they could have been utilized to greater effect. Above all, the film has a conceit that works, and instead of a body horror film, I could have seen Trench 11 playing even better as psychological horror. Still, there is much here to recommend and the creepy score by Grayson Matthews is particularly effective.