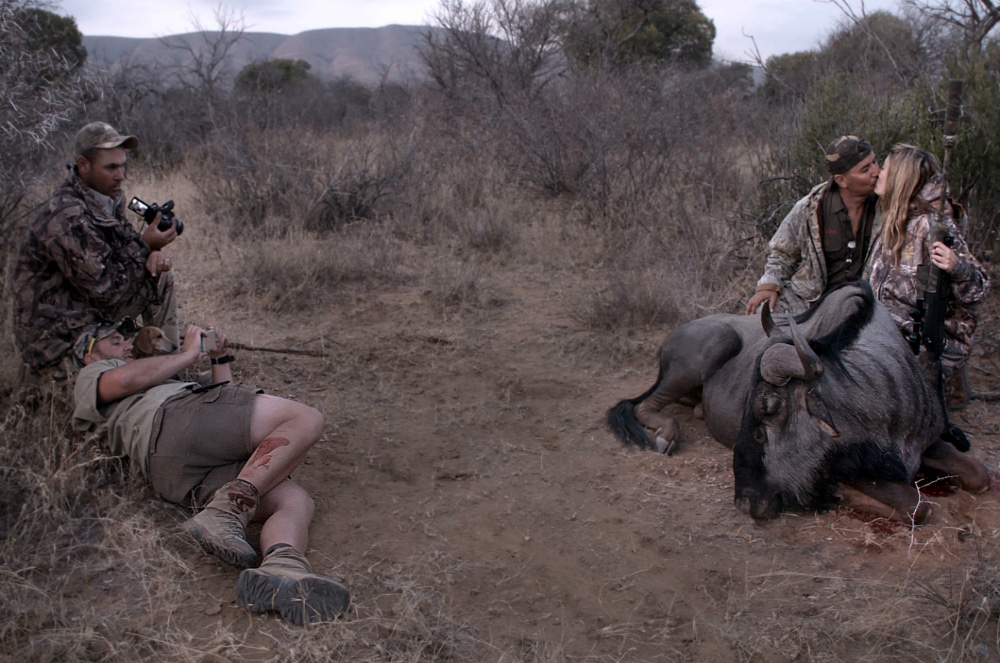 Trophy gave me a huge knot in my stomach (and to be honest I didn’t feel this way about a single film that I saw during TIFF). I felt, well, perhaps not physically ill but certainly very unpleasant. The film, directed by Shaul Schwarz and co-directed by Christina Clusiau perhaps feels this powerful because it’s absolutely striking. Schwarz and Clusiau perform double duty as their own cinematographers and it’s stunning how large this movie feels, and though it’s a common refrain, go watch Trophy on the biggest and widest screen possible.

That said, this film is a tough watch. It starts out very  much in the action with a rhinoceros stunned and getting its horn sawed off, (and worse, commentary given that “it’s less painful than a person having a wisdom tooth removed”) is really difficult. In fact, the ending is even worse, but by this point, the viewer is braced for impact (but this certainly doesn’t make it any easier). It’s a film in which the bias is clear from the start (and the main storytellers of the film are clearly not in the right), but Schwarz and Clusiau stay relatively on the sidelines, not interfering with giving the hunter their due. It’s perhaps most troubling when animals are referred to as “trophies” and there is a very haunting (and ironic) scene in which a collector talks about hunting being done for “all the wrong reasons”, the whole time polishing and cleaning a taxidermied lion. Painful to watch, really.

The moral of the film is that certain countries prize rhino horns and while the film is implicit about the damage being done, the focus is on the big game hunters, a group of mainly men who are chilling in their desire to chase down animals. The film helps put jokes and memes about Cecil the Lion into proper perspective.