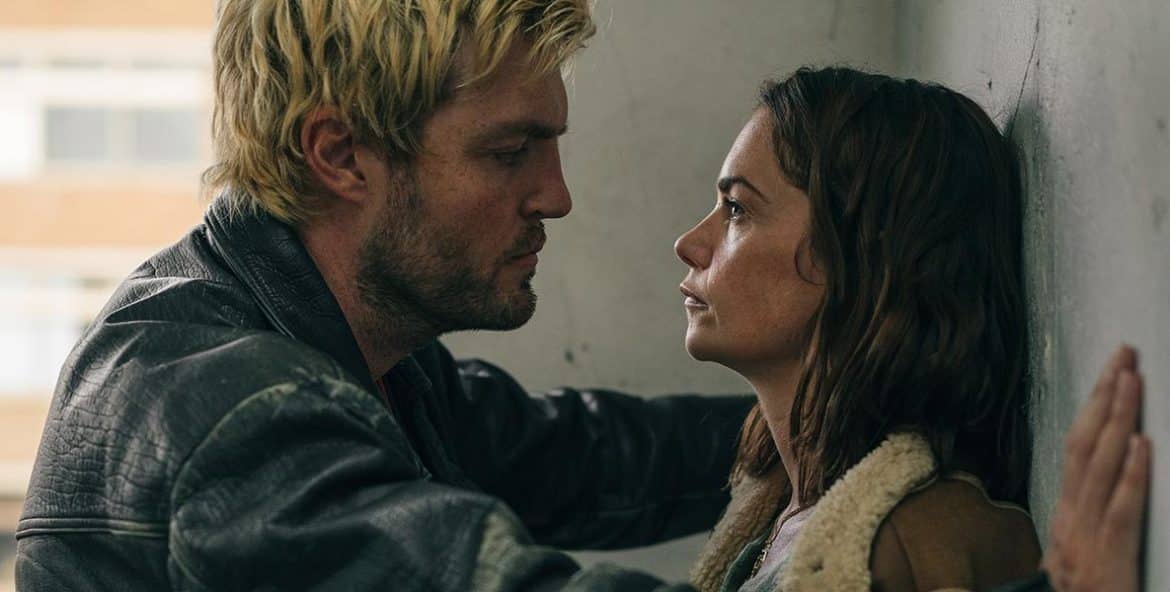 True Things, the new film from director Harry Wootliff, opens with wild fantasy before crashing back to reality. Its centre is Kate (Ruth Wilson), at odds with life but unable to articulate how. When her boring office job brings her into contact with an unnamed charmer (Tom Burke at his dirtbag charm apex), she finds herself swept off her feet. But to where?

There’s another question to ask of True Things as well: is this real? As co-written with Molly Davies, the details of the film are solid enough, working as they do to underline certain emotional (and dreary) realities. Yet Kate is hungry for attraction and adventure, her dreams providing bursts of energy—sexual or otherwise—to the film. Those everyday moments merely solidify her need for flight. Saved as “Blond” in her phone, Burke’s man provides for Kate’s escape, so much so it’s possible to question if he exists at all. That could make for an off-putting narrative, but Wootliff instead uses that uncertainty to rattle her film. She’s helped by Wilson, who is clearly game to follow her character to any and all ends.

There are times in which True Things maybe goes too far—or at least too far in an obvious direction. Yet as its aims emerge in the final third, led on by Wilson’s energetic abandon, the film finds a satisfying path. Suddenly, its unbelievable parts come to feel more real too, and we push past fantasy towards something else.