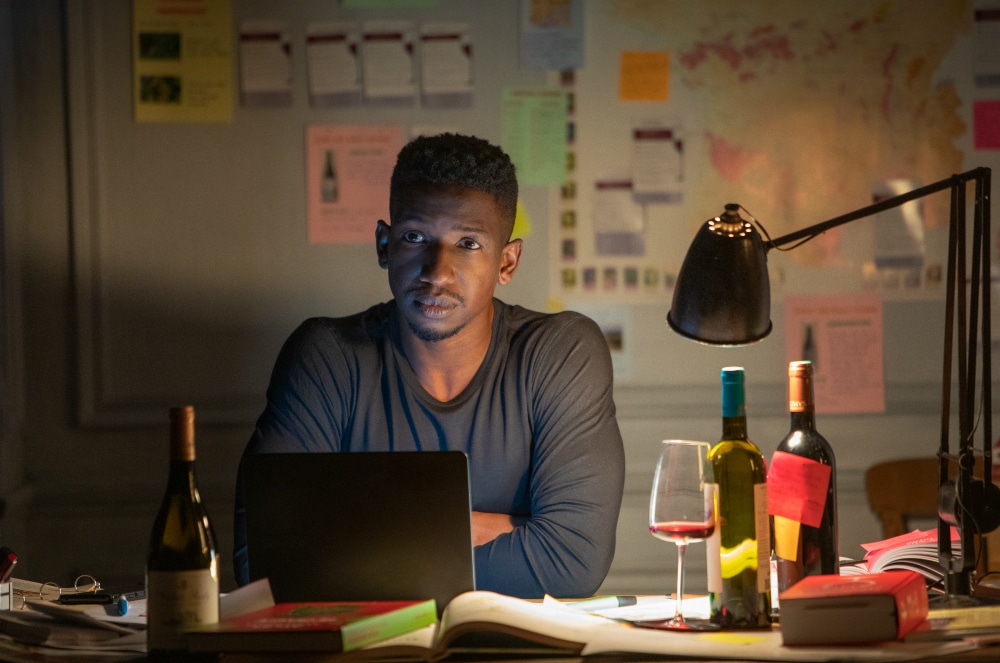 An early scene in writer-director Prentice Penny’s Uncorked suggests one possible path for its narrative. The lead, Elijah (Mamoudou Athie), attends a wine tasting in Memphis and looks to be the only Black person present. Rather than consider that racial split though, Penny defines his film in more universal terms while revelling in the specifics of its chosen reality. It’s just a shame the resultant film stills ends up trying to cater to too many tastes at once.

Elijah’s world is shaped by a few factors. He works in his father Louis’ (Courtney B. Vance) barbeque restaurant; he cares for and is doted on by his mother Sylvia (Niecy Nash); he courts Tanya (Sasha Compère). But above all, he is interested in wine. Despite being pulled in these different directions, Elijah grows increasingly dedicated to becoming a master sommelier. Uncorked pivots on that choice and the tensions Elijah creates in his life because of his resistance to the various demands put upon it—mainly from Louis. It’s a father-and-son story we’ve seen before, but the combination of Memphis ribs and French wine provides a different taste. What’s more, thanks to Nash and Vance, we’re presented with parental figures who are more than shrill or ornery ogres; we feel the love they have for their son. If only the rest of the film—including Athie’s performance as Elijah—had that kind of presence. Instead,  its secondary characters act as one-note devices, while its pace and tone veer all over the place, as if unsure how best to settle onto the palette.

As an executive producer for HBO’s Insecure, Penny has clearly taken what he’s learned there and applied it to his feature directorial debut. This gives Uncorked a decidedly episodic feel, with some familiar hip-hop-scored montages and unhurried scenes of conversation too. But the film is not television, and Penny’s attempt to squeeze a season’s worth of plotlines into just over 100 minutes dilutes its finer qualities. A full-bodied sip would have sufficed.