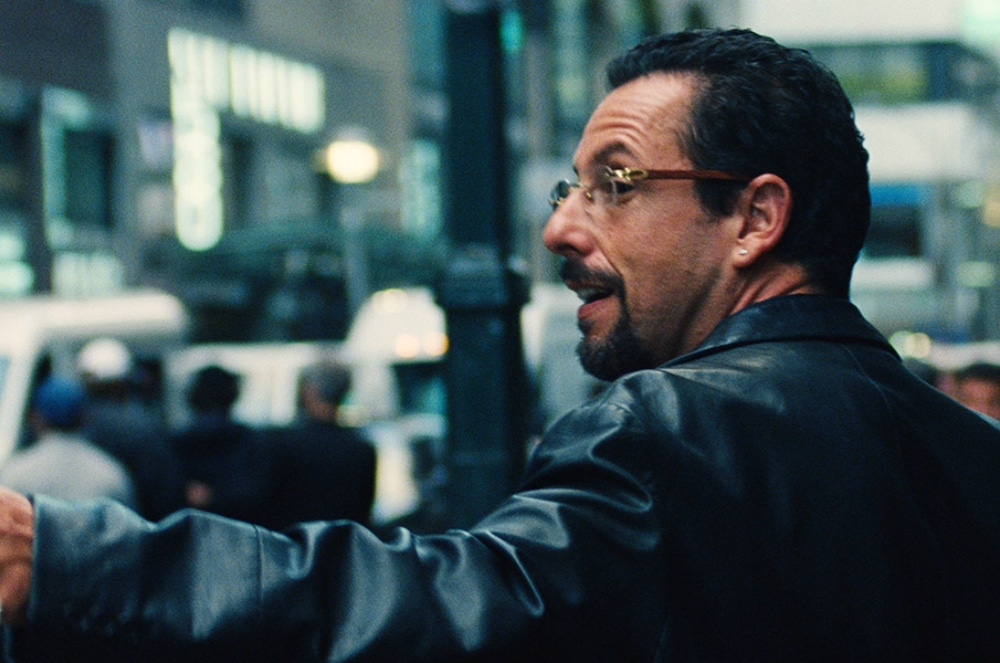 There is more than one moment in Uncut Gems, the new film from Josh and Benny Safdie, when you’ll likely ask to get off the ride. As with their previous work, the Safdies (and co-writer Ronald Bronstein) remain unrelenting in their approach to storytelling and world-building. Now, however, they’ve become more expansive in their efforts. It’s how their story about one gambler in New York’s diamond district can come to involve an opal from Ethiopia, a crew of gangsters, Kevin Garnett, and even more. If you can bear it—and you definitely should—you’ll be happy you hung in to the end.

As played by a perfectly cast Adam Sandler, jeweller Howard Ratner never misses a chance to leverage what he doesn’t have for something he hopes to get. That he should stop doing that just never occurs to him. As such, Uncut Gems follows Howard as he careens around the five boroughs drawing the ire of local heavy Arno (Eric Bogosian) and repelling his wife-for-now Dinah (Idina Menzel). Fortunately, Howard also has loyal girlfriend Julia (Julia Fox) and associate Demany (LaKeith Stanfield), who’s able to bring in clients like Garnett (playing himself) to fund his lavish lifestyle. The plot’s twists and turns from there are pitched on the aforementioned opal, money owed to Arno, and the terrible decision-making of Howard. That last bit is frustrating—despite Sandler’s charmingly manic performance—except the Safdies’ immersive technique works like a drug, creating a tone both illicit and invigorating. In effect, it becomes impossible to look away, even when the film slows down.

Describing all these machinations make Howard sound like an awful person. And, well, he is that. What’s most remarkable about Uncut Gems, however, is the Safdies and Sandler getting us to root for him anyway. Yes, after the double-dealing and anger mismanagement, the ups and downs with his girlfriend, family members, business associates, and Kevin freakin’ Garnett, it’s still hard to resist cheering for Howard as he rounds for home on the score of his life. That the film comes on like a heart attack is ultimately the whole point. What’s a big win without big risk?