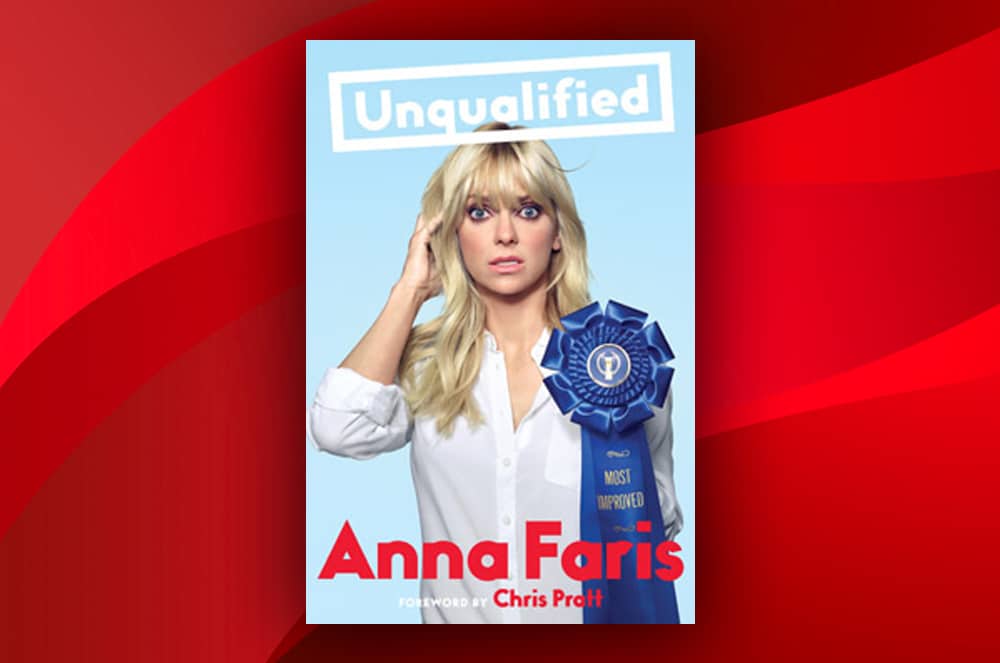 Unqualified is how I felt initially about reviewing Anna Faris’ memoir. I don’t listen to her podcast, (I didn’t even know that she had a podcast, to be honest). I did know that she pronounces her name like Ah-na, so I guess that I was a little bit prepared. What I was definitely not prepared for was how much I enjoyed the book. Again, I don’t watch her show Mom,  and I am generally a little bit leery of the “celebrity memoir”,  but as opposed to books in the past few years that share very little nitty-gritty and mostly reinforce surface accounts, Unqualified is a pretty deep dive.

Faris admits that she abhors small talk, and likes to get down to details and is possibly an oversharer (or demands that her conversation partner be an oversharer). I don’t think that the book overshares, but it certainly gives access to many aspects of Faris’ life and career, and digs into some surprising areas. The first half of the book in particular gave the impression that what is on the page is actually need-to-know information. Usually, I skim judiciously, and here I was savouring every detail.

The concern for some is that the book is “out of date”, but the foreword by Chris Pratt is pretty hilarious and reflects current situational details. In addition, while the book may be a little unpolished, the fact of the matter is that the author can reveal what she wants, without fear of alienation. It’s not meant to soothe every aspect of our lives. In fact, this was the section I disliked most, the interludes for “crowdsourcing”. Mainly, it seemed like it was filler. Yet the book made me want to listen to her podcast and share with others to read the book. Count Anna Faris as very qualified to write a personal and highly entertaining memoir.

Unqualified was provided by Penguin Random House Canada in exchange for an honest review. It may be purchased from your friendly independent bookseller or other fine bookstores.