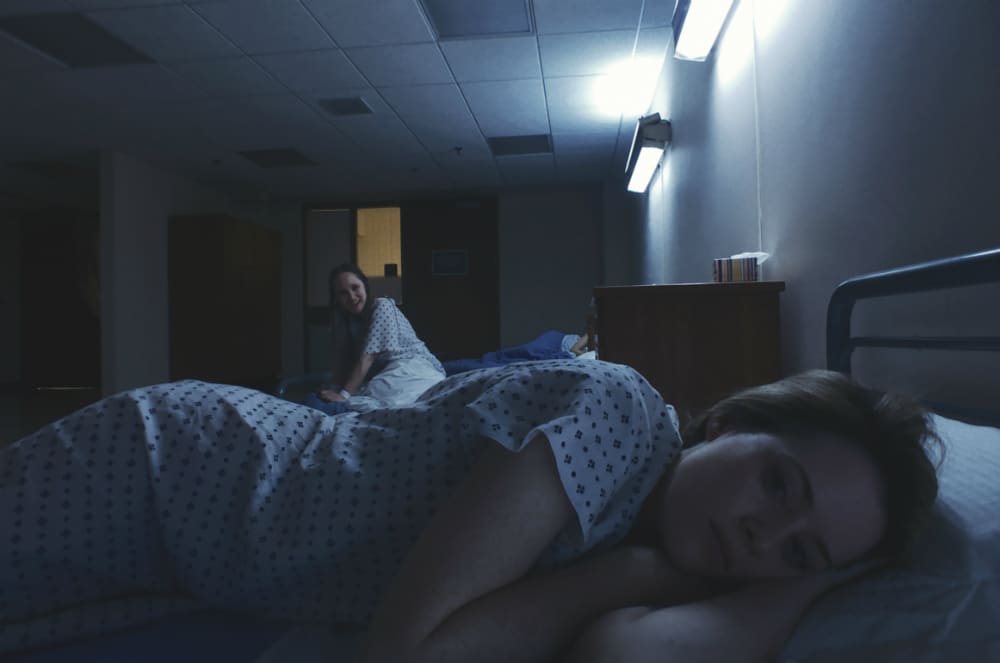 It’s the classic nightmare scenario: you’re in a psychiatric institution, you tell everyone you’re not crazy, but the more you insist—argh!—the more crazy you sound. In Unsane, the new film from director Steven Soderbergh, that’s the basic idea, one that’s horrifying enough on its own. Typical of his work however, there’s more to this film than the basic. Whether the execution of its more complex ideas adds up to anything meaningful is still a matter for debate though; we should at least talk about how it makes us feel.

Sawyer Valentini, the impossibly named protagonist of Unsane, works for a drab finance company in, what is for her, a new city. That she’s played by a game Claire Foy should help her make friends (one would think); but in the mix of isolating close-ups and voyeuristic long angles, Sawyer looks both claustrophobic in her new life, and wary of the wider world. She has good reason to be: everywhere she turns, her former stalker David (a creepy Joshua Leonard) appears. When a routine check-up with a therapist turns into a Kafka-esque paperwork-induced nightmare (again, argh!), Sawyer is voluntarily committed, and surrounded by patients both hostile (a braided Juno Temple) and bemused (Jay Pharoah, playing himself). And, of course, there’s David—or wait, hmm, is it really him? Even setting that question aside, Unsane has no difficulty establishing its unsettling tone with harsh lighting, a chilling minimalist score, and razor sharp editing—all staples of late-Soderbergh (though shooting with an iPhone 7 is new). As a thriller, the plot’s adroit machinations all work in isolation, and I’d be lying if I said I wasn’t engaged with where the film was taking me—for what that’s worth.

As with the recent misbegotten Death Wish remake, it feels fair to ask: do we need this movie right now? Is Unsane‘s commentary on contemporary issues as useful as it thinks it is, or merely exploitative? What do these three white men—Soderbergh, along with writers James Greer and Jonathan Bernstein—know about the travails of mental illness, or the ways in which a woman’s trauma (sexual, violent, or otherwise) can distort her entire life? Given his professional pedigree, I’m willing to give Soderbergh the benefit of the doubt (much more so than Eli Roth, anyway). But then again, what do I know? Maybe the thrills I feel are someone else’s horror.