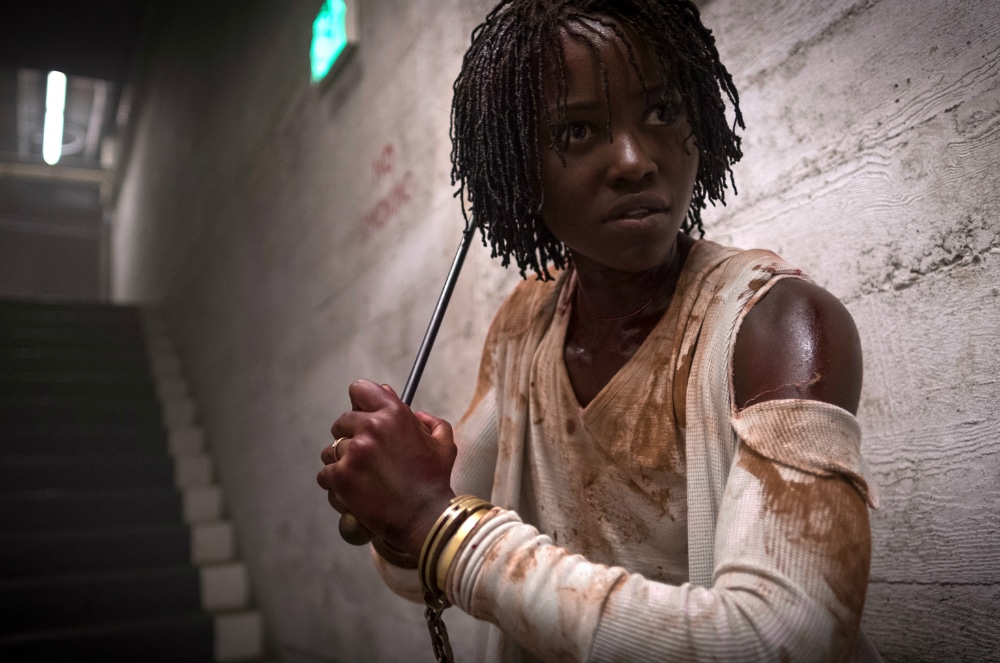 Writer-director-Oscar winner Jordan Peele’s sophomore film Us has much to recommend. Its direction is assured, there’s a clear aesthetic vision, the cast is solid, and the script provides genuine thrills and laughs. Despite it being only his second film, this feels distinctly like a Peele project. And yet expectations loom: it was always going to be tough for him to top Get Out. On that front, a verdict: Us is not going to win Peele any Oscars, which is perhaps the best and worst thing about it.

Starting in a 1986 flashback, Us introduces us to Adelaide (Madison Curry) as she wanders away from her parents for a troubling encounter at a beachside carnival. Jumping ahead, we meet grown Adelaide (Lupita Nyong’o), now married to the lovably corny Gabe (Winston Duke) and with two kids of her own, Zora (Shahadi Wright Joseph) and Jason (Evan Alex). Thanks to her summer vacation however, Adelaide finds herself back at that very same beach. Only this time it’s her son who has the troubling encounter—before all hell breaks loose. Suffice it to say Peele now has greater freedom to upgrade the scope of his filmmaking, and a bigger budget to use in reaching for some higher-level inspiration too, e.g. Steven Spielberg and Alfred Hitchcock. From the former he nabs troubled marriages and beach towns (and even a Jaws t-shirt); from the latter we get flocks of unsavoury creatures and emotions strung high by a shrieking soundtrack. If nothing else, we can applaud Peele’s ambition.

The problem for Us comes in its application. Sure, the actors all hit their marks (and then some), while the camera knows just when and how to move; as the film expands, you would indeed be hard-pressed not to feel something as it slices towards the climax. Except upon arrival, after the film has explained away much of its creepy mystery, it’s hard to ignore the dull idea at the film’s centre. This is ultimately what Peele can’t escape. He’s made a wider, weirder, and wilder film than Get Out, but the strain tires him out.