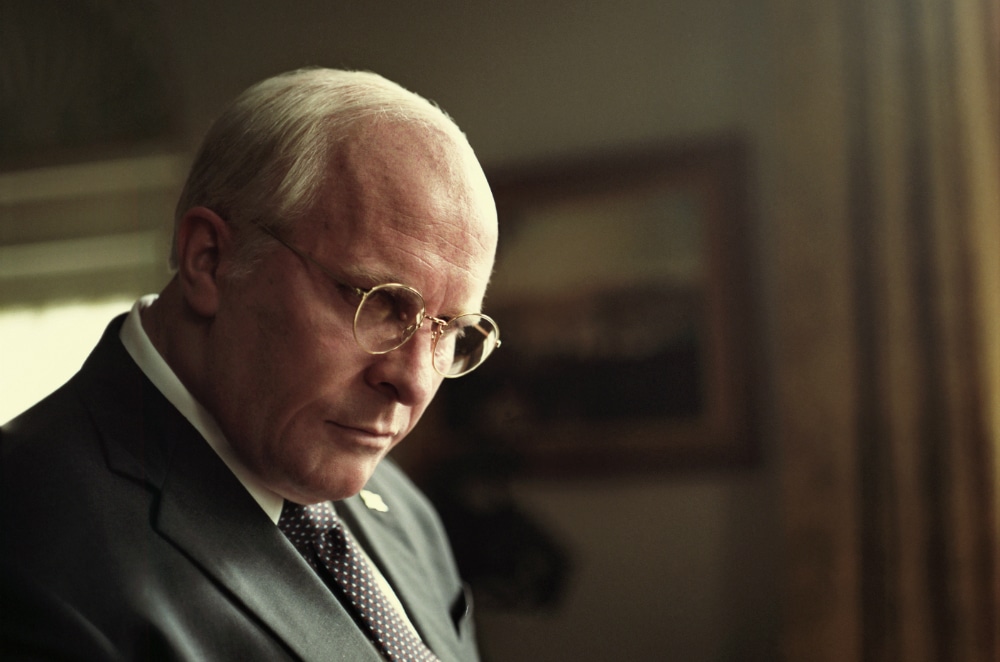 After the success of The Big Short, there’s little doubt writer-director Adam McKay now feels emboldened to speak out on systemic injustice. To that end, his new film Vice sets its sights on one of the world’s most nefarious architects of said system: former Vice President Dick Cheney. Fortunately for Dick, while McKay’s newfound anger is commendable, his manic approach to filmmaking is not. And try as he might, McKay can’t help but make a mess of an already painful history.

As embodied by Christian Bale, whose physical transformation and performance are indeed remarkable, the Cheney of Vice is a man who learns how to accrue power over decades while ascending to America’s second-highest post. As the film explains, however, that “second-highest” qualifier doesn’t really apply here. With help from Donald Rumsfeld (Steve Carell, in his element), George W. Bush (Sam Rockwell, ditto), and his wife Lynne (Amy Adams doing The Master reprised), Cheney becomes his own boss, able to remake the world as he sees fit. With these actors in the hands of McKay, the film presents itself as a dark comedy. The problem, of course, is that it’s not funny. Whether because of the inherent nature of its subject or the film’s too busy structure, the end result feels more sickening than anything else. Explaining something like the financial crisis of 2008 was almost like artistic public service for McKay; illuminating all the ways Cheney and his political environment suck is mostly just depressing. A lot of people died to bring us this information.

What’s more, Vice fails to provide any real insight into who Cheney is or what motivates him (beyond obvious monetary reasons—and one early scene where Lynne gives him what for). The film’s opening text lays the blame for this on Cheney’s own secrecy, which, fair enough. But McKay’s decision to inundate the audience with factual horror instead is not a solution, no matter how clever he is about it. In truth, there is no solution here. If you’re alive in 2018 you should not need to see this film—you’re still in it.