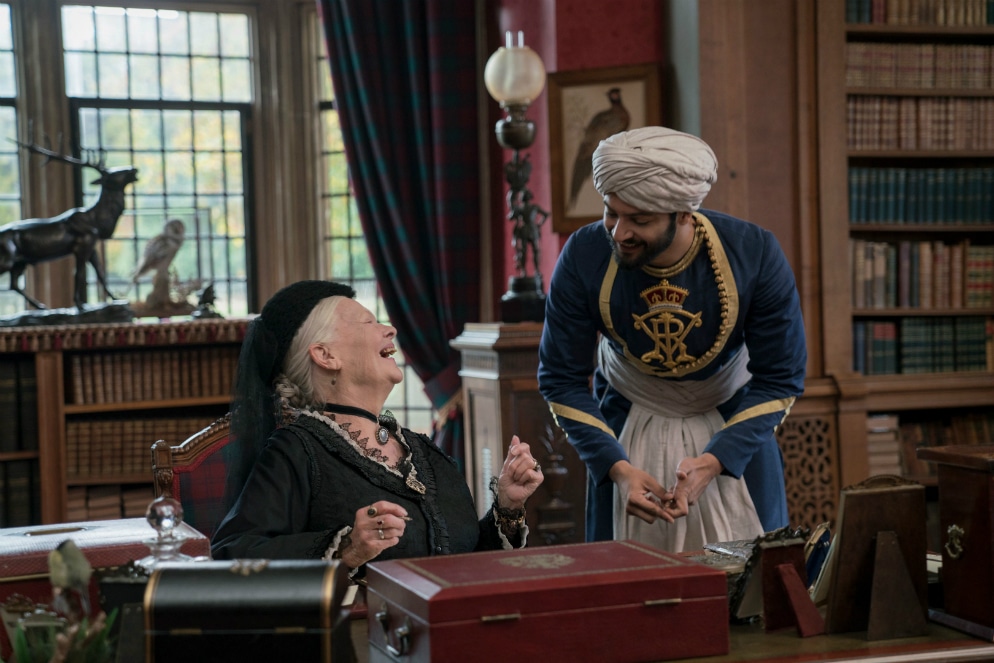 The true story at the heart of Victoria & Abdul, that of the culturally frowned-upon yet symbiotic friendship between Queen Victoria, Empress of India, and lowly clerk Abdul Karim, is a fascinating one. With the right screenwriter, the film could have been much more than a white woman is transformed by a wise Indian man film (a la The Hundred-Foot Journey or The Best Exotic Marigold Hotel franchise films), which is exactly what V&A is. Penned by Billy Ellliot and War Horse scribe Lee Hall, the recent TIFF crowdpleaser is a showcase for Dame Judi Dench’s second turn (following Mrs. Brown) at playing the non-crowd pleasing Victoria and exquisite production design by Alan MacDonald.

The film spans a few months (or is it years, the script isn’t very explicit with the time frame) from when Abdul (played by Bollywood star Ali Fazal) first presents Victoria with a ceremonial trinket to when he becomes her munshi (Urdu for teacher) and confidante. Much of the film is spent on the Queen battling with her advisers (including her son Bertie, played by the deliciously campy Eddie Izzard), who are stubbornly determined to oust the lower-class Indian from the palace.

Other than much talk of bowel movements and gonorrhoea, nothing of substance is ever really explored in the otherwise serviceable film. Colonialism or race are barely mentioned and Abdul’s bon mots and cultural values are played up for either laughs or to make Victoria feel better about herself. To a thinking (woke, if you will) audience, none of this sits well, nor should it. 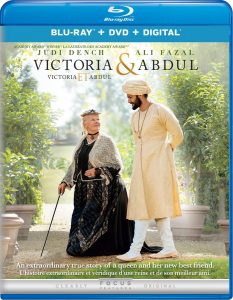 The Blu-ray combo pack only has two special features (Judi & Ali, and The Look of Victoria & Abdul, respectively) but the friendship detailed in the former feature is adorable and definitely worth the five minutes of your time.

See Victoria & Abdul for the lead actors’ magnetic portrayals (expect Dame Judi to rack up more than just the SAG nom for her role), but seek out the book on which it’s based to learn the real true story.

Interview: Call Me By Your Name’s Luca Guadagnino