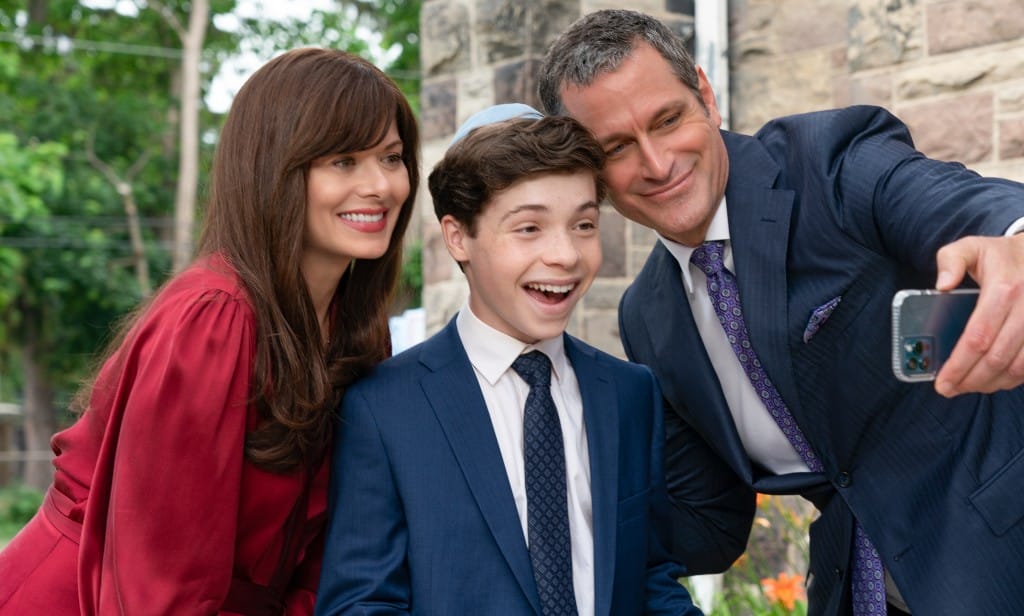 Despite only one of their names actually being “Golden”, on the video junket for the highly anticipated Netflix adaptation of Jason Robert Brown’s 13: The Musical, we found the pairing of Eli Golden and Debra Messing to receive the top medal. Yes, you read that right, we got to speak with iconic actress Debra Messing, perhaps best known for productions such as Smash, (same producers as this one), Will & Grace, Ned and Stacey, and Searching, (as well as the upcoming film Bros). Here she is Jessica, Evan’s mom, and Evan is played by the person Messing was paired with in the junket, newcomer Eli Golden, who was refreshingly earnest.

Sitting in her home office, which happened to include her Emmy Award statue, Messing was a proud (fictional) mother to Golden, discussing the importance of the song that the two of them shared together, entitled ‘It Would Be Funny’. As well, Messing got to gush about the performers playing her mother as well as her former husband, Rhea Perlman and Peter Hermann, and Golden made sure to chime in as well as how much he appreciated having these two actors play his parent and grandparent.

In the film, Evan moves back to Indiana with his mother Jessica, as this is where she is from, to stay with his grandmother Ruth, played by Perlman, and away from his estranged father Joel (Hermann), in New York City. Messing also shared how much she enjoys Hermann’s real-life wife Mariska Hargitay and stressed how she would like to work with her again and specifically on a comedy project, as Hargitay doesn’t get the opportunity to do too much comedy. And speaking of comedy, Golden discussed with us how much he enjoyed having another actor, former child star Josh Peck as the Rabbi. In addition, on the junket we also experienced the opportunity to speak with a number of other talented actors from 13: The Musical and these included young adult performers JD McCrary (who previously played young Simba in The Lion King), Lindsey Blackwell, Frankie McNellis, Jonathan Lengel, and of course Gabriella Uhl, who plays Evan’s friend Patrice.


13: The Musical is now streaming on Netflix