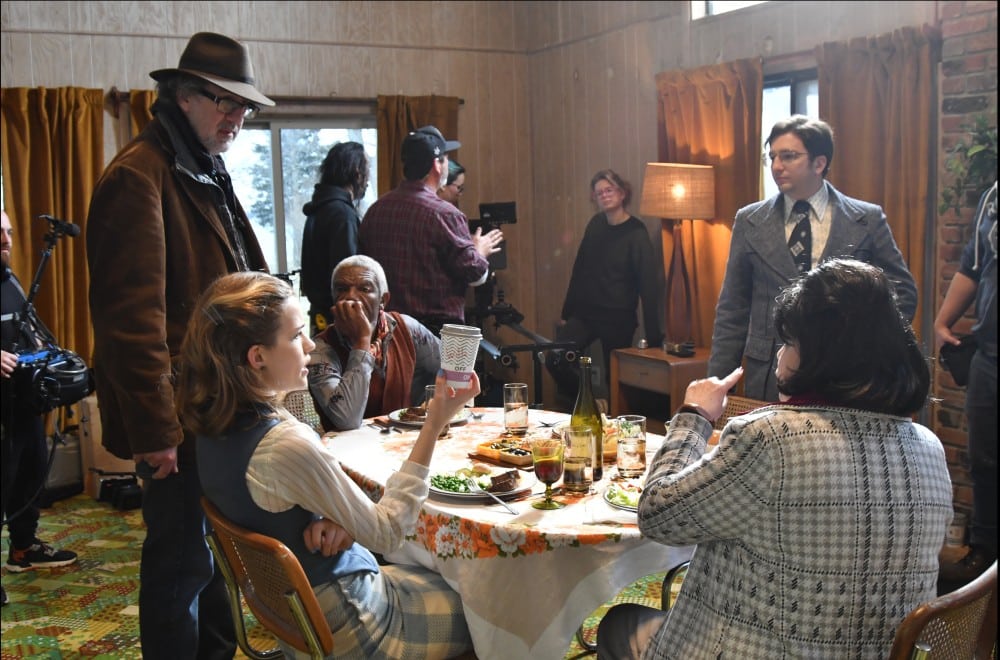 Director Dan Mirvish of 18½ has lived a pretty interesting life. He co-founded the Slamdance Film Festival, which has discovered such filmmakers as the Russo Brothers (who Dan Mirvish happened to mention speaking to one of them on the set of Avengers: Endgame), and a long list of pioneers got their start there. He also invented the Eisenstadt hoax (look it up) and despite a distinguished career as a rabble rouser, he only seems to direct movies in which he is completely invested. This film is clearly inspired by his filmmaking mentor Robert Altman (as well as the writing as Thomas Pynchon), and is a dramedy about the Watergate break-in, what could have been missing from the Nixon tapes, and Wonder Bread. More specifically, it’s about a White House transcriber, Connie (Reacher standout Willa Fitzgerald) and a New York Times reporter (First Cow‘s John Magaro) thrown together as a pretend married couple when Connie happens to come across the missing 18½ minutes from Nixon’s testimony. Of course, this isn’t a movie that’s entirely about Richard Nixon or the tapes, but instead plays like a super dark comedy (and an actual comedy, according to its director). Along the way, Mirvish shares his feelings on the importance of watching this film in an actual cinema, if possible. He also shares the story of how he came to cast the leads in his film, and when we ask him point blank what is on the tapes, he instead shares a story of how the gaps are from different places in the recording, and then we notice that he’s completely ducked the question, (suggesting he may know more than he initially lets on). Check out 18 and a half minutes of speculation with the dapper Dan Mirvish.