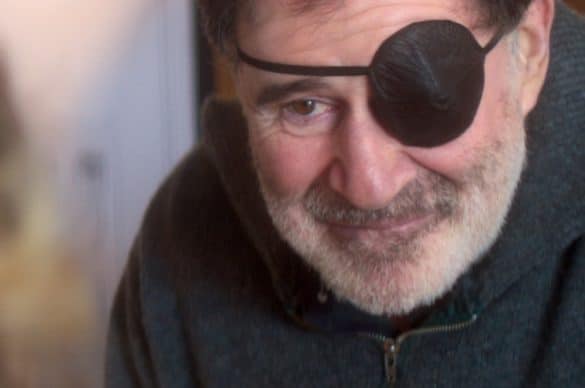 We often try to hear from talent such as Richard Kind, who appears in the Dan Mirvish film 18½ in a critical role as a Washington D.C. hotel manager, as they are more than thrilled to be honest and openly speak their minds. And on the virtual video junket for the film, Kind spoke about a number of subjects and boy, did we get what we came for in terms of openness, (we wouldn’t expect anything else from our imaginary childhood friend Bing Bong from Pixar’s Inside Out). To start with, Kind had a lot to say about Richard Nixon, as the film is primarily about what could be on the 18 and a half minutes missing from the Nixon tapes. However, and this is where it starts getting really interesting, as unprovoked, Richard Kind began to berate Donald Trump and his regime and how they were criminals in a way that Nixon himself couldn’t match.

We asked him about his eyepatch-clad character in the Watergate dark comedy and about his connection to writer-director Dan Mirvish, having also appeared in the director’s previous film, the previously unfinished Bernard and Huey. As we expected, Kind answered honestly, about directors seeking him out as he possesses a particular skill set (as he states, he will not be appearing in Melrose Place or Dynasty any time soon) and that directors tend to seek him out because his particular sense of self adds a flair to a film or a tv series, (he’s next to be seen in an Ari Aster movie, as a sense of context). In addition, we asked Richard Kind if he were to make an 18½ minute sizzle reel of his projects, consisting of anything he has ever done, what would he select? And his answer surprised us, only in that it involved two of the most diverse projects imaginable, but that’s Kind for you. He makes quite the impact in the film 18½ and it is always a treat hearing from one of a Richard Kind.