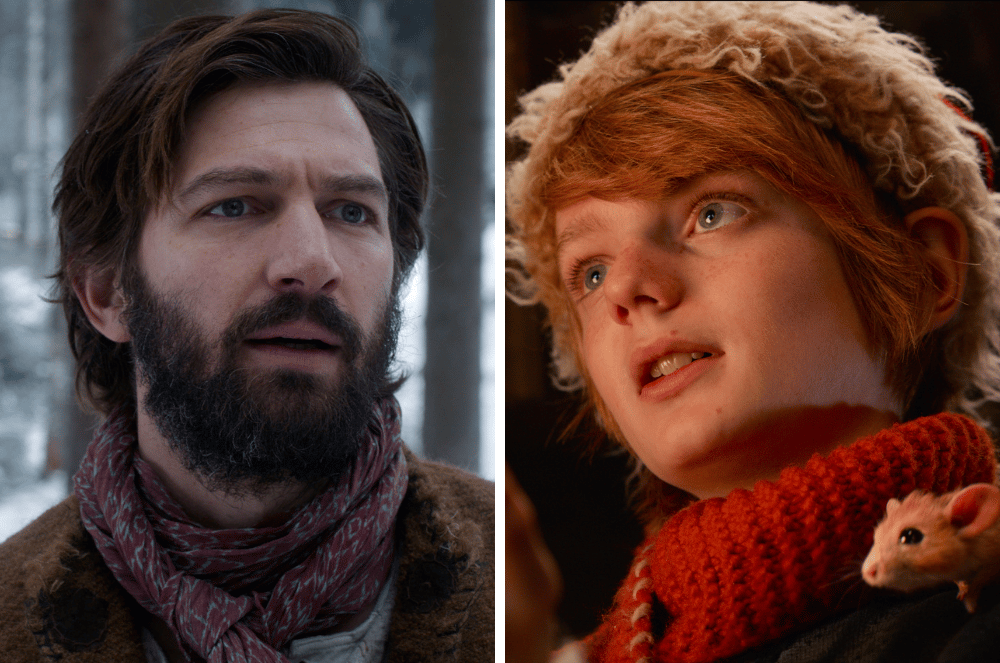 God rest ye merry gentlemen, but before they do, these are fellows that were instrumental in bringing to life a really magical and heartwarming movie for the holidays entitled A Boy Called Christmas. Of course, we will watch anything featuring Michiel Huisman, star of disparate projects such as The Flight Attendant, Indian Horse, The Other Lamb, The Haunting of Hill House, Wild, The Invitation, and Game of Thrones. In this film, the versatile and extremely friendly Huisman plays Joel, father to Henry Lawfull’s Nikolas. Of course, what would a Christmas movie be without a wide-eyed child? Lawfull takes on his role with aplomb and feels like a breakout star in the making. In fact, when asked what had bonded Huisman and Lawfull together, they disclosed that they share a love for soccer (albeit for rival teams). The third member of this wonderful trio is the director, British-American Gil Kenan. He has had a busy season, as he also co-wrote and executive produced Jason Reitman’s Ghostbusters: Afterlife, which has a spirit like A Boy Called Christmas.

Watch our fun Zoom video interview below with the men of A Boy Called Christmas.

A Boy Called Christmas is now streaming on Netflix