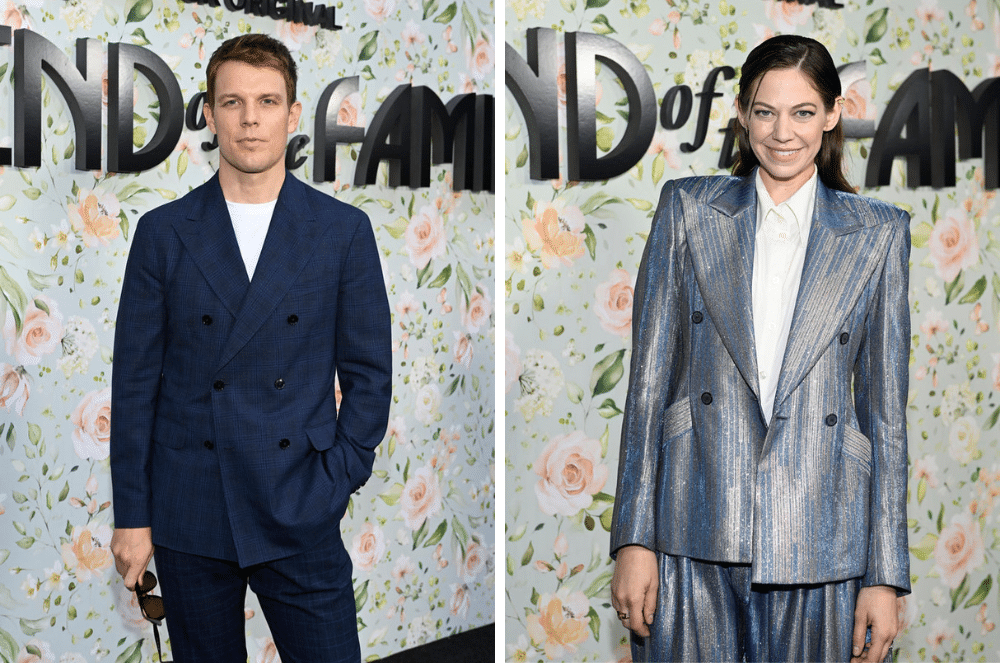 The Peacock limited series A Friend of the Family is a bit of an outlier even in the content field, but it is so worth watching, even if it is a little bit harrowing. A Friend of the Family relays the too surreal to be true (but yet somehow is) true story of the Broberg family, who is the titular ‘family’ in question, whose daughter, Jan (who eventually comes to be played by The Handmaid’s Tale‘s McKenna Grace) was abducted multiple times in a few years, by the titular ‘friend’, who is a charismatic and yet horribly obsessed friend of the family, played by Jake Lacy, who seemingly starting with The White Lotus, said to his agent: put him in as many unlikable roles as possible, as he’s tired of playing the ‘nice guy’.

The series A Friend of the Family follows Lacy, who plays Robert Berchtold, a close friend of the Broberg family, that kidnaps the criminally young Jan Broberg twice over a period of two years. During the press junket in advance of the “Spotlight Series” I had the opportunity to sit down with a pair of stars from the series. As mentioned above, A Friend of the Family stars Jake Lacy as Robert ‘B’ Berchtold, but also in an equally harrowing performance, stars Lio Tipton, who we know from Mississippi Grind, as well as Crazy, Stupid, Love and many other projects, as Gail Berchtold. The pair chatted with Brief Take about portraying the real-life couple that was embroiled in the Jan Broberg true-crime kidnapping cases. Lacy and Tipton also talked about their meticulous research that went into subjects such as grooming, pedophilia, and a tape Gail Berchtold left behind. Let’s not make anything flowery about it, this is an extremely grim series. However, the production design and period correct soundtrack are pretty wonderful, the real Jan Broberg is on board as a consultant, (and thankfully, is alive today), and Lacy and Tipton were consummate professionals in explaining why A Friend of the Family is such a must-see series.

A Friend of the Family is now available to watch on Peacock in the U.S. and on Showcase in Canada

Interview: The Accursed’s cast and director